"Pride Goes Before a Fall", Learn From Nebuchadnezzar 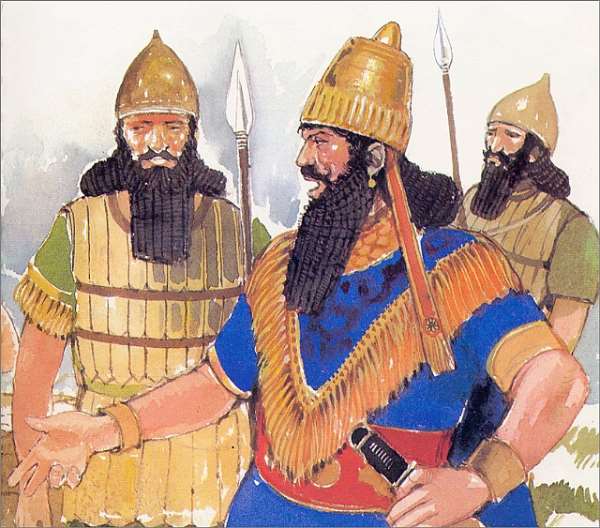 Life is all about learning. We can, for instance, learn important lessons by taking a closer look at the lives of others. We should take note of what has made some people great and what has made some people fall from the enviable positions they once occupied. This will help us to increase our knowledge and wisdom and prevent us from getting into serious trouble with costly mistakes.

King Nebuchadnezzar was a great ruler. He was blessed with power and riches. As a result he was very much respected in Babylon and beyond. Unfortunately, Nebuchadnezzar took the gift of his life of abundance, success and riches for granted. He allowed pride to rule his life. He failed to acknowledge God as the one who bestowed on him his riches and power. The result of his foolish pride was that he fell from grace to grass.

Pride
Pride got into Nebuchadnezzar's head when he said: 'At the end of twelve months he walked in the palace of the kingdom of Babylon. The king spake, and said, is not this great Babylon, that I have built for the house of the kingdom by the might of my power, and for the honour of my majesty? (Daniel 4: 29-30). Obviously he was giving himself credit for his position, power and authority. This marked the beginning of his fall from power.

'While the word was in the king's mouth, there fell a voice from heaven, saying, O king Nebuchadnezzar, to thee it is spoken; the kingdom is departed from thee.

And they shall drive thee from men, and thy dwelling shall be with the beasts of the field: they shall make thee to eat grass as oxen, and seven times shall pass over thee, until thou know that the most High ruleth in the kingdom of men, and giveth it to whomsoever he will.' Daniel 4: 31-32

Humiliation
For his conceitedness, his life became one of humiliation and ridicule. In Daniel 4:33 the word of God says, 'The same hour was the thing fulfilled upon Nebuchadnezzar: and he was driven from men, and did eat grass as oxen, and his body was wet with the dew of, till his hairs were grown like eagles' feathers and his nails like birds claws.' Nebuchadnezzar was no longer in his right senses; he was living and behaving in the same way as the wild animals. What could be more distasteful and disgraceful than this?

Unmerited favour
God looked at the pitiful Nebuchadnezzar and granted him unmerited favour. This was after Nebuchadnezzar lifted up his eyes unto the heavens and acknowledged God's work in his life. In Daniel 4: 34-35 Bible says, 'And at the end of the days I Nebuchadnezzar lifted up mine eyes unto heaven, and mine understanding returned unto me, and I blessed the Most High, and I praised and honoured him that liveth for ever, whose dominion is an everlasting dominion, and his kingdom is from generation to generation:

When Nebuchadnezzar repented of his sins and acknowledged God's role in his life, God restored everything he lost and added excellent majesty to it.

Lessons
What important lessons can we learn from the events that happened in the life of Nebuchadnezzar?

He not only lost the throne of kingship, he lost his senses and riches as a result of pride. We should not allow pride to take the better part of our lives. We owe our very existence and everything we have to his grace; we should give God the credit.

God is always willing to forgive us if we repent of our sins.

God is truth personified. All his works is perfect and without blemish. For this reason, we should always praise, extol and honour God in every situation.

We should establish strong bonds with our Creator through prayer and worship all the days of our life.

God has the power to humble those who walk in pride. Humble yourself before your Creator and he will pour mighty blessings upon you. Instead of a fall, God will crown your efforts with peace, abundance and prosperity.

Conclusion
Avoid pride; it could lead to your destruction and downfall. It happened to Nebuchadnezzar; don't allow it to happen to you.