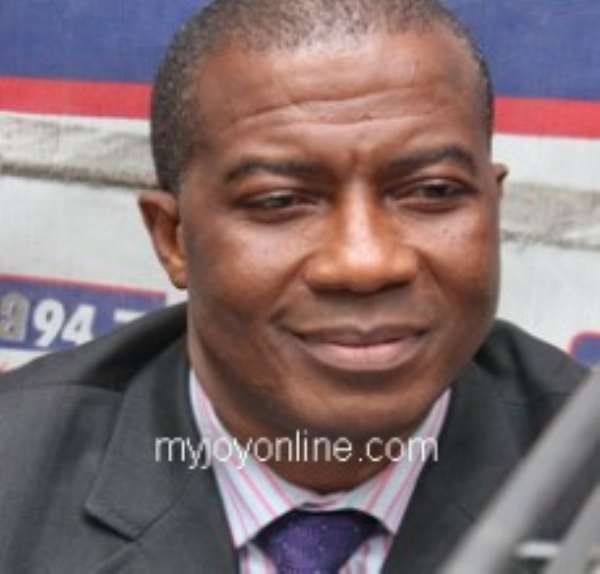 The New Patriotic Party is set to summon its Member of Parliament for Asuogyaman, Kofi Osei Ameyaw, to explain his formation of what has been described by a top party official as an 'illegal' union in the party.

He stands accused of clandestinely going round the country to organize a union of polling station and other party people, for reasons yet to be explained, contrary to the party's constitution or the approval of the party's National Executive Committee (NEC).

Mr. Osei Ameyaw stated on Adom FM's Dwaso Nsem morning show, Friday, May 30, 2014 that he is engaged in the formation of a union of party members at the grassroot level - with the approval of the party's National Executive Committee.

He also claimed to have 'invested' about Gh¢ 1 million in the venture.

The legislator was however forced to beat a hasty retreat when National Organiser of the NPP, John Boadu, challenged him to prove that he had received the approval of the party's NEC to undertake such a venture on behalf of Ghana's largest opposition party.

Mr. Boadu revealed that the issue had earlier come up at a NEC meeting, during which the General Secretary was tasked to stop Mr. Osei Ameyaw. The stop notice had since been communicated but the Asuogyaman MP had chosen to ignore it, he indicated.

"I will write to the General Secretary that the decision has been ignored by Mr. Osei Ameyaw, so he can explain to us (NEC) what he is doing" John Boadu declared. Story by Ghana/Adomonline.com/Frank Agyei-Twum