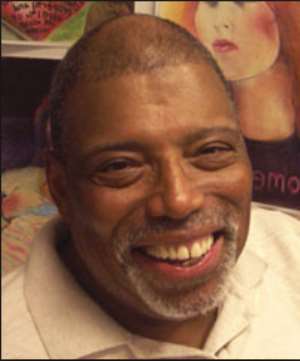 A standing-room-only audience at UAW Local 600 on the Detroit-Dearborn border attended a three-hour memorial program in honor of the life and contributions of General Gordon Baker, Jr., a co-founder of the Dodge Revolutionary Union Movement (DRUM) and the League of Revolutionary Black Workers (LRBW) during the late 1960s. Baker passed away on May 18 in Detroit surrounded by family, comrades and friends.

Although Baker had been suffering from numerous ailments over the last few years, his enthusiasm and commitment to the working class struggle never subsided. For the last two decades he has served as an important leader in the League of Revolutionaries for a New America (LRNA), which was formed during the 1990s by activists across the United States, many of whom were previous members of the Communist Labor Party (CLP), headed by veteran organizer and writer Nelson Peery.

The memorial was attended by hundreds of Baker's comrades and co-workers from the organizations he had founded and helped build since the 1960s. Baker had worked in the automotive industry for decades and was a card-carrying member of UAW Local 600 Retiree Chapter.

He was eulogized by Rev. Ed Rowe, previous pastor of Central United Methodist Church in downtown Detroit where Baker maintained an office in which he coordinated educational and social service programs for workers, youth and the poor. Other speakers included his children and grandchildren, Bob King who is the outgoing International UAW President, Jimmy Settles, UAW Vice-President, Peaches Anderson, UAW Retirees Representative, Harvey Wilson, a retired co-worker, Maureen Taylor who is the state chair of the Michigan Welfare Rights Organization (MWRO), among many others.

Baker at the Center of the Black Movement of the 1960s

During the 1950s and 1960s,the city of Detroit was a base for activist radicals who pushed the limits of the Civil Rights, Black Power, Pan-African and Left movements. Baker graduated from Southwestern High School at the age of 16 in 1958 and attended both Highland Park Junior College and later Wayne State University.

Broadcast journalist Norman Otis Richmond of Toronto said in an interview over the Pan-African Journal radio program that 'General had been affiliated with the African Nationalist Pioneer Movement (ANPM) headed by Carlos Cooks of New York as a youth.' Richmond, who moved to Detroit from Los Angeles as a young person during the late 1960s, also said that 'General had a profound impact on my development politically when I lived in his home as member of the League and writer for the Inner City Voice newspaper.' (May 25)

At Wayne State Baker was a co-founder in 1963 of a student organization called UHURU (freedom in Kiswahili) which was a forerunner to the militant African American youth organizations that became so prevalent later on in the decade. UHURU supported Malcolm X, advocated in favor of the national liberation movements in Africa, Asia and Latin America and identified with the Cuban Revolution headed by Fidel Castro and Che Guevara.

One of the last speeches delivered by Malcolm X as the national spokesperson of the Nation of Islam (NOI) was delivered in Detroit on November 10, 1963 at King Solomon Baptist Church. This address was recorded and released by the Afro-American Broadcasting Corporation directed by Atty. Milton Henry, who would later be a co-founder of the Republic of New Africa (RNA) in Detroit in March 1968.

The speech was called 'Message to the Grassroots' where Malcolm X challenged the Civil Rights Movement to examine the revolutions in Africa, Asia and Latin America. When Malcolm X said that African Americans were not willing to make the ultimate sacrifice for their liberation, a youthful voice shouted out that 'I am ready to bleed.' This was the voice of General Baker on the album.

Baker along with his comrades in Uhuru went to Cuba in 1964 and spent time with revolutionaries from throughout the world. He often reported how he played baseball with Fidel Castro.

Later in 1965, Baker militantly rejected the draft during the Vietnam War. He wrote an open letter to the draft board saying 'when the call is made to free the black delta areas of Mississippi, Alabama, South Carolina; when the call is made to FREE 12Th STREET HERE IN DETROIT, when these calls are made, send for me, for these shall be Historical Struggles in which it shall be an honor to serve!'

In 1966, Baker along with other Detroit radicals would form the first Black Panther organization in the city. The so-called 'Kercheval Incident' in August 1966 on the city's eastside prefigured the 'Great Rebellion' which hit Detroit with a vengeance a year later, the largest of such outbreaks of unrest in the history of the U.S. up until that time.

On the first day of the rebellion, July 23, 1967, Baker was arrested by the Detroit police. Apparently they had been tracking the vehicle in which he was riding. He was placed in preventive detention until the violence subsided.

Later that fall, the Inner City Voice newspaper was launched which carried reports on the rebellion, the Black Power Conference that was held earlier in Newarkwhich was also hit by a rebellion prior to Detroit'sand coverage of the visit of H. Rap Brown, the-then Chairman of the Student Nonviolent Coordinating Committee (SNCC), to Detroit in the immediate aftermath of the rebellion where he spoke to a large crowd on Dexter Blvd. from atop of a movie theater.

By early 1968 the attitudes of the African American workers in the auto plants had become highly intolerant of the racism of management as well as the refusal of the white-dominated leadership of the UAW to speak directly to the national oppression of the Black employees, who were placed in the most dangerous and unsanitary jobs. An independent work-stoppage was held in May at Chrysler's Hamtramck Assembly Plant while the Dodge Revolutionary Union Movement (DRUM), that circulated hard-hitting leaflets and newsletters, was formed which organized another strike in July 1968.

Later the same pattern followed in other plants and workplaces. A number of African American workers' organizations blossomed and in the spring of 1969 they came together with students and community activists to form the League of Revolutionary Black Workers (LRBW).

The LRBW held that the African American working class was the vanguard of the Black Revolution due to its strategic place at the point of production in the automotive industry. During the 1960s and 1970s at many auto plants in the Detroit area, African Americans maintained majorities and near-majorities in the key production facilities such as Dodge Main and the Eldon Ave.

It was during this period that production 'speed ups' within the auto industry became the order of the day. African American workers rejected these company policies and sought to challenge them through wildcat strikes and efforts to win key elective positions within the UAW.

The Legacy of the League and Its Implication for Today's Struggle

Nonetheless, by 1971, the League would split into three different identifiable factions. Baker would later join with a section of former Communist Party members who left after the 1956 20th Congress of the Communist Party of the Soviet Union (CPSU). They would form the Communist Labor Party by the mid-1970s, which lasted until the early 1990s.

The upsurge of the African American people during the 1960s and 1970s combined with the re-structuring of industrial production led to the closing of auto and steel plants throughout the Detroit area and across the U.S. By the 1980s, hundreds of thousands of industrial jobs were eliminated shifting production to other regions of the U.S. and the world, and at the same time through technological advancements, the industrial bosses were able to not only shed jobs but drive down wages for the working class as a whole.

However, even today, the failure of the U.S. capitalist system to adequately address the national oppression of African Americans and other people of color is clearly connected with the incapacity of the ruling class to resolve its own contradictions related to over-production which has fostered wider gaps in income between the rich and the working class as well as the ever deeper economic downturns that have intensified since the beginning of the 21st century.

Detroit remains at the center of the struggle against modern-day capitalism. The forced bankruptcy of the city under dictatorial emergency management rule in the service of the banks has mobilized thousands throughout the city and the region.

The lessons of the struggles waged by General Baker and his comrades must be taken into consideration in the present battle over jobs, income, pensions and public assets.

Betting is hurting our game, players and team officials are ...
8 minutes ago