BoG Will Not Convert Your Forex 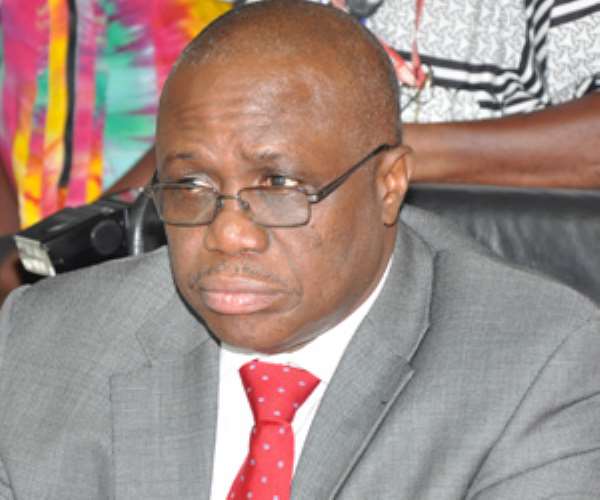 The Bank of Ghana has clarified its earlier directives regarding the rules on the operation of Foreign Exchange Accounts and Foreign Currency Accounts announced on February 4, 2014.

Foreign currency accounts to stay intact
According to the bank, all balances in Foreign Currency Accounts (FCA) and Foreign Exchange Accounts (FEA) will continue to be held in foreign currency, and will not be converted into Ghana cedis as earlier announced.

However, except for travel purposes, withdrawals out of foreign currency accounts over the counter will be paid in cedis at the existing exchange rate.

Additionally, external transfers of up to $10,000.00 per annum, without documentation from FEA and FCA are still permitted. New measures for forex bureaux

This was made known in a notice to banks, forex bureaux and the general public issued by the BoG on Thursday February 13, 2014 and signed by Mrs Caroline Otoo, a Secretary.

In what could be described as a backtracking on the forex rules earlier issued on February 4, 2014 as a measure to stabilise the cedi against the major currencies, the BoG said its latest move followed consultations with stakeholders and comments from the general public.

There has been an upset in the foreign exchange market in Ghana, which has caused the cedi to decline by about four per cent from January to date, partly due to adjustments in the United States economy over the past year and other trading activities.

Subsequently, the BoG issued the directives and banned commercial banks and other financial houses from issuing cheques and cheque books on foreign exchange accounts and foreign currency accounts.

It also directed that no bank should grant a foreign currency-denominated loan or foreign currency-linked facility to a customer who is not a foreign exchange earner and also prohibited offshore foreign deals by resident companies, including exporters in the country.

But in a notice, a copy of which is available to  Graphic Online , the bank described the new move as 'clarification to notices on additional operating procedures for Forex Bureaux in Ghana, revised rules on the Operations of Foreign Exchange Accounts and Foreign Currency Accounts and repatriation of Export Proceeds.' External payment obligations

The bank said the transfer of foreign exchange to meet external payment obligations remains permissible for transactions such as redemptions and coupon payments on Bonds held by non-residents.

However, banks are required to ensure that such transfer requests are supported by the relevant underlying documentation.

Additionally, balances held in FEA and FCA continue to remain available for all legitimate external transactions, the notice said.

Also, documentation required for transfers from the FCA should be the regular forms used by the banks which also indicate the purpose of the transfer and transfers from FEA and FCA to Cedi accounts are permitted.

The BoG explained that transfers from FEA to FCA are prohibited. Transfers to third parties

Similarly, transfers from an FEA or FCA to a third party's FEA or FCA within the same bank or another bank are also not permitted.

However, for the same account holder, transfers from one FCA to another FCA or FEA within the same bank or another bank are allowed, it said.

It also said Forex bureaux may deposit and withdraw foreign exchange from their FEA.

It said existing provisions in the Foreign Exchange Guidelines to facilitate trade on a small scale, remain valid and that importers are allowed to undertake imports through direct transfer from their FEA of up to US$25,000 per transaction without the initial documentation. Importers

Also, as evidence of receipt and clearance of goods in Ghana, the importer shall submit relevant Customs Entry Forms covering imports to his/her bankers not later than three months after the transfer has been effected.

Servicing of existing foreign currency denominated loans to residents by resident banks are to be made in Ghana Cedis converted at the average interbank foreign exchange rate prevailing on the day of conversion.

Balances held in Margin Accounts for payment of import bills, debt servicing etc. shall be for an initial 30 day period and renewable based on a particular transaction. For further extensions, Banks shall consider each application on its merit. All requests shall be backed by relevant documentation.

Companies registered under the Free Zone Act, 1995 (Act 504) are to comply with provisions under the relevant legislative instruments governing their operations.

The BoG cautioned that all other provisions that have not been mentioned in the clarification remain valid and unchanged and that for the avoidance of doubt, people should contact any of the banks.