AFRICAN MENTALITIES: “SHUT UP AND LET ME SPEAK! 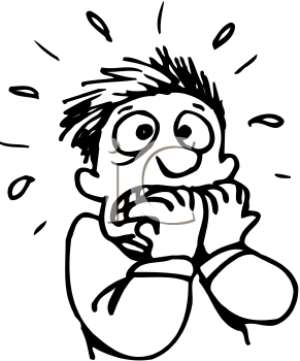 We are sick and tired of the circumvention by the elites. We are fed up by the poisoning of the masses' minds to believe it is wrong for the youth to speak at the gathering of the elders. We refuse to believe that best talents are only endowed in the aged. I echo this with 'vim' and loudly so, I say we are at the point where no amount of intimidation, either by guns or words, shall silence us – the youth. This is not a revolution of arms or civil disobedience but a demand for tolerance and motivation to enjoy what our elders enjoy; liberty to speak without characterization and impediments. As you read, I want you to tell me, if it right to be:

•Intimidated with a fine of a goat when you speak before a person?
•Labeled an Opportunist when you step up to take initiatives?
•Denied a position you qualify for because of your age?

Here are what you may already know but so afraid to speak up.

Here is ONE African fact: African culture forbids children or the youth to speak freely at the gathering of the elders, even if they want to, they are intimidated by the elders' reception. The youths are required to use certain phrases to speak, and without those phrases, they are labeled “disrespectful” son or daughter. Did I say daughter? Sorry, women are rarely invited in such gatherings, let alone to speak. For example, I once witnessed a mini court proceeding at a village in Ghana recently when the chief was present, I realized everybody that spoke had to remove their sandals, and if you dare refuse, you will not be allowed to speak, and in addition, you will be fined a goat! Look at this nonsense. The removal of the sandals is more important than what you have to say. This is African mentality; a mentality that has set us up for failures. I demand for those folks to speak in their coats and sandals without the threat of fine! Somebody must speak for them, hence I say “let me speak.”

ANOTHER sold African fact is this: When Africans see that their fellow African is progressing in life or being cited elsewhere or stepping up to speak or taking initiatives then they will say "HE or SHE's OPPORTUNIST." They say that so passionately as if they themselves have principles they live by. Certainly if they did, corruption is not one of them, neither taking bribes nor partisan contract awards are in their principles. They have labeled those acts deceptively as 'PATRIOTISM' or “LOYALTY REWARDS.” Have you seen how we think? Even our once enviable morals have been battered with westerners' culture: pornography, homosexuality, and gangsters/armed robbery. My fellow Africans, do what is right and be not discouraged when you are referred to as "OPPORTUNIST." Although it hurts, discourages, and insults your personality, I ask that you do not let these few African leaders and their followers demean your good intentions for our people. Name calling has existed since the time God created mankind, starting with Adam when he said “that woman you gave me…” At least, take comfort in the fact that somebody is speaking up to openly condemn their tactics, and I speak up boldly and in style for all.

The THIRD African Mentality: The belief that 'Good Leadership' is endowed in the aged. Our leaders have sold this brilliantly to the masses' hence the youth have no chance in many respectable leadership positions. This traditional mentality has found its way in our modern democracy thereby depriving many African countries of talented youth with great management skills, and also competition in a free and fair democracy. This makes it nearly impossible for the youth to compete and win many positions with the elderly. Even if the evidence points to the fact that the youthful candidate is the better of the two. It is as if though wisdom and management skills are spooled and queued. This mentality is rife in the New Patriotic Party membership, as an example. The New Democratic Congress has no internal democracy structure to test this mentality because their leadership is often declared or put forward by their founder or their executives; a dictatorial governance. We cannot deny this wicked mentality among our people. What we can do now is to refuse such discriminatory act. We need to openly speak up against these, and that is why I have taken the initiative to say to the timid” shut up and let me speak” against these.

There are fourth and fifth and many more such mentalities that are detrimental to our survival as a people. Unfortunately, there's only one way to bring these negativities down, and it begins by speaking up openly about our disapproval. It is a huge task to accomplish because there are surrogates of the beneficiaries who will do everything to deny our request, including insulting you, stigmatizing you, and labeling you a traitor. But be comforted in this way because that is when you know that you are doing the right thing for posterity. Step back for a second and reconsider my requests for the youth and provide me answers to the questions I asked earlier. I rest my case.

I always write knowing that someone out there may not agree with my views or may take the content of my expressions distasteful. Nonetheless, I ask that your counter-views be expressed with manners and courtesy. Insults and name calling bury your wisdom filled counter- views. For the sake of healthy debate, please comment with clarity and profane-free tone.