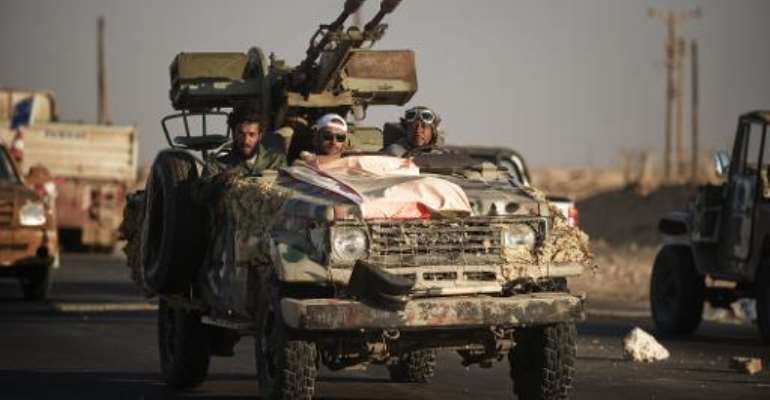 Tripoli (AFP) - Interim Libyan prime minister Abdullah al-Thani announced the end Wednesday to the country's oil crisis, saying the authorities had regained control of two oil terminals that had been blocked by rebels.

He made the announcement at a joint press conference in Ras Lanuf with rebel leader Ibrahim Jodhran, who confirmed that the two ports had been opened.

"Today we regained control of the ports at Ras Lanuf and Al-Sidra," Thani said. "The oil crisis now over."

The seizure of four terminals in July in pursuit of a campaign for restored autonomy for the eastern Cyrenaica region slashed output from 1.5 million barrels per day to just 200,000 bpd.

In April, the government reached a deal to regain control of the terminals, and took over two of them with a combined capacity of 210,000 barrels per day.

But Ras Lanuf and Al-Sidra remained under rebel control.

Jadhran said the lifting on the closure was in line with the April deal and a sign of goodwill toward the new parliament, elected last week and due to take office later this month.

However, government spokesman Ahmed Lamine told AFP that exports could not resume immediately for technical reasons.

"It will take a few days," he explained.