There Is Fire In Mahama’s Government, Run, Run, Run… 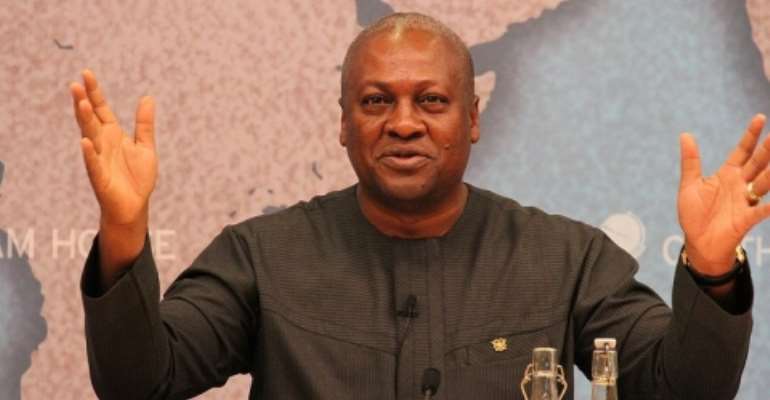 As we were taught when growing up as pupils in primary schools, "There is fire on the mountain run, run, run", and we would be running down to our classrooms or to specifically marked assembly points by the class teacher, from say, the playground, football field etc., so do I intend this write-up to reflect or mimic.

There is currently a conflagration in President Mahama, alias "Ede bii keke's" NDC-led government. The misunderstandings between some NDC government Ministers or appointees that have now seen the light, experienced the truth and willing to tell the truth, and those still mired in ignorance of party sycophancy, thievery and corruption, is conspicuously raging on like mid-summer bush fire fanned by the north-easterly blowing harmattan wind.

Former Health Minister, Alban Sumana Bagbin, currently in Mahama's government as a member of a three-man presidential task force on priority projects and Tony Aidoo, "Head of Policy, Evaluation and Oversight Unit at the Presidency', whose office is almost defunct, are now out of their political lairs or straitjackets. These two NDC stalwarts for a reason or the other have come out from the inner core of the NDC to announce the ongoing rot within the government, the stench of which they can no longer withstand. The smell of the rot is too suffocating for any rational human being to continue to linger in without collapsing or dying.

While Bagbin may do so in truth, a reformed and really a concerned person, that of Tony Aidoo is suspect. He is still a diehard NDC stalwart and Mahama's supporter through and through. He is moaning why because, Mahama is elbowing him out of his government while he is resisting.

He is by his public acknowledgments, moaning and what else, only seeking to court public sympathy to compel Mahama to keep him in government to continue to squander money for presiding over a department that does nothing beneficial for the State.

If Tony Aidoo's job was relevant, why has the presidency been outrageously corrupt since Atta Mill's time until today? Are not those at the presidency that are heavily involved in perpetration and perpetuation of corruption?

Anyway, the recent developments indicate that there is raging fire in the government of Mahama so I admonish them to run, run and run. They have to run away as Bagbin is doing before the fire of corruption engulfs them to suffer perpetual public retribution, humiliation and probably death as did Rawlings to some former Heads of State.

I have always been saying that Mahama is corrupt. How can such a corrupt President fight corruption as suggested by former President Rawlings and others? Can a member of a gang of whatever nature, turn round to accuse another member of the same gang or arrest him for being a member of the notorious group? Is there any logic in that? If the answer is in the negative, then unless hypocrites like Rawlings tells it to the face of Mahama that he is corrupt and had better stop, they should give us a break for Mahama can never fight corruption in Ghana.

For how long are Ghanaians going to wait, barking like toothless dogs while Mahama and his family of the similarly "Ali Baba and his forty thieves" continue to plunder the nation's coffers without shame? We are talking while Mahama and his brigade of thieves are stealing from the State as if tomorrow will never come so they need to get everything today.

I encourage anyone in the NDC party and government who has encountered the truth to run away from John Mahama and his government before they say in the near future with regret, "Had I known, I would have listened to the admonitions by Rockson Adofo, that wise old man from Kumawu/Asiampa, who is a living fountain overflowing with wisdom"

HATE ME IF YOU LIKE, BUT IT MUST BE FOR A GOOD REASON!