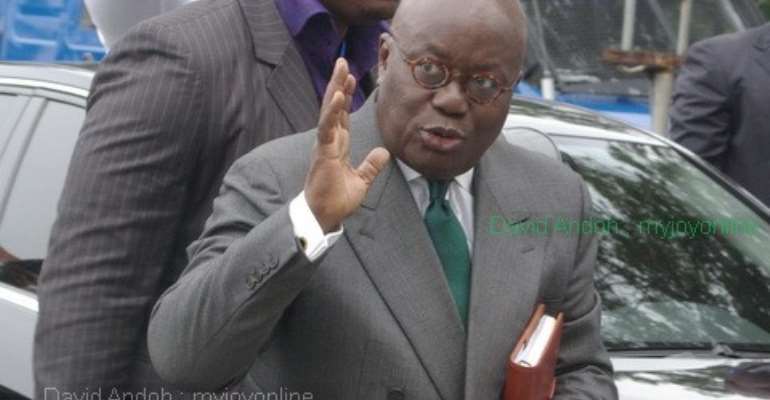 Mr. Anto says he is disappointed Nana Addo voluntarily took the decision ahead of a scheduled National Executive Committee (NEC) meeting, which took a collective decision to go to court.

According to him, the first petitioner's expression of disappointment at the outcome, reinforces the position that he went ahead of himself.

Within one hour of the delivery of judgment by the Supreme Court, Nana Akufo-Addo publicly announced acceptance and called President John Mahama to congratulate him.

Though many Ghanaians have hailed the NPP leader's gesture as a “mature and patriotic” move, Mr. Anto says Nana Addo's position does not reflect the position of the party.

Speaking on Kroyi mu Nsem on Kumasi-based Nhyira FM Friday, the Regional Chairman said the party is yet to take a decision on the case. He therefore expected the flagbearer to have waited after the NEC meeting which has been scheduled for Friday.

Dr. Marfo says Nana Addo's move has enabled him command the full respect from people in and outside the country.