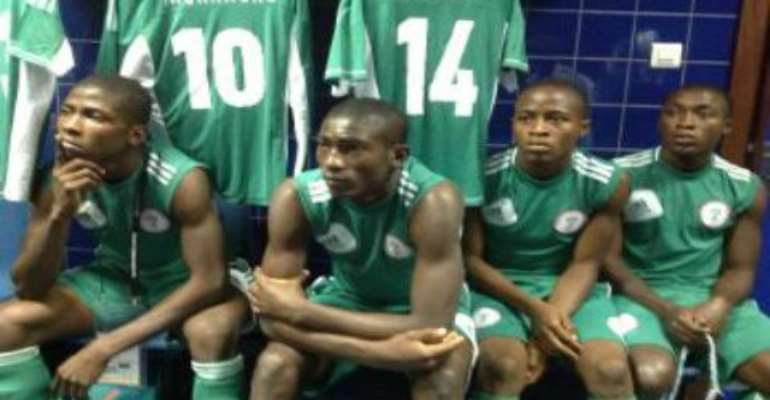 The Nigeria Football Federation (NFF) has sent a provisional team list of 35 Golden Eaglets to the world soccer governing body, FIFA ahead of the 2013 Under-17 World Cup to be hosted in the United Arab Emirates between October 17 and November 8.

This is a part of the regulations of the championship and it is from this pool of players that the final list of 21 would eventually be picked for the World Cup. Players who made the list were key members of the team that won silver at the CAN Under-17 Championship in Morocco including Captain Musa Muhammed and star striker, Isaac Success.

Notable new faces in the team include all-action striker, Theophilus Solomon and Chelsea's teenage sensation, Habib Makanjuola who is expected in camp upon release by his English Premiership side.

Golden Eaglets Head coach, Manu Garba (MFR) said the 35 players on the list have been carefully selected based on merit, adding that there is no longer opportunity to try out new players as the preparations for the World Cup is well underway.

I won’t bow to pressure to make Parliament a ‘rubber stamp o...
23 minutes ago