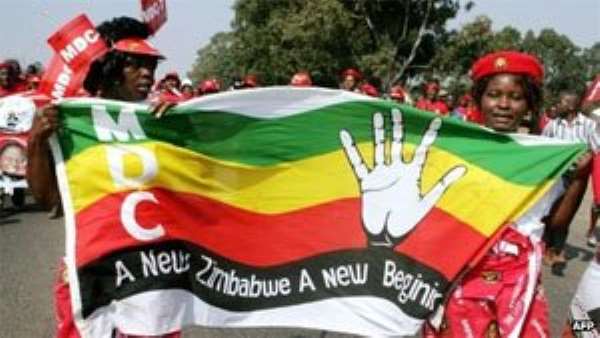 It had filed a separate case seeking access to full details of the results from the electoral commission.

But the High Court has delayed judgement in the case.

The MDC says that without information such as the number of people not on the voters' roll who voted, it cannot prove that the elections were fraudulent.

The arguments in the MDC's legal challenge were due to begin on Saturday.

But MDC spokesman Douglas Mwonzora said that, without the extra information, the challenge “was going to be a mockery of justice”, reports the AFP news agency.

The withdrawal of its challenge paves the way for Mr Mugabe, 89, to be inaugurated for another five-year term.

He has governed Zimbabwe since independence in 1980.

He won with 61% of the presidential vote against 34% for MDC leader Morgan Tsvangirai.

Mr Tsvangirai has called the election a “huge farce”.