European Union Is Back In Africa, Pushing For Economic Re-Colonization 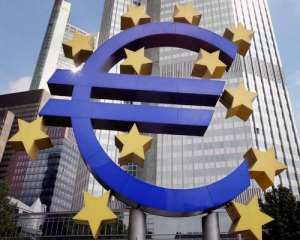 ………………………………………………….
Euro again returned to Africa, February 2013, to push for economic re-colonization, disguised as negotiation of economic partnership. They do not know, that we now know, that every time they are desperate and in a hurry to make deals with us, it is to satisfy their selfish interest in our continued exploitation.

They have moved us from slavery to colonialism to neo-colonialism and now to death from unequal economic partnership, environmental pollution, HIV AIDS infestations and 'gay' rights politics, and we say, sorry sirs, we are not ready to die yet.

……………………………………………………………………….
The Economic Partnership Agreements (EPAs) negotiations in 2007, between 79 former European colonies in Africa, the Caribbean and Pacific (ACP), and the European Union (EU), was to make the ACP countries more dependent on trade with Europe than with each other, and to further severely retard African development prospects to ensure more deaths from hunger.

The discussions centered on the ACP countries systematically liberalizing 80 – 90 per cent of their trade with the EU, in other to gain duty free access to European markets.

The ACP countries would thus only be able to use tariffs to protect about 10% of their products from competition with European goods.

Africans then said that while Europe consistently puts in place measures to protect its economy, ACP countries are being forced to open up their economies for foreign goods and services.

Peter Maudelson, the EU Trade Commissioner, argued in 2007, that EPA would shift Africa's dependency on tariff preferences, to one that promotes business competitiveness. “After 30 years of preferential market access, African countries still export a limited range of basic commodities, “he said, adding, “Most of these are sold at lower prices than they were, 20 years ago. This is not sustainable.

It certainly isn't sustainable development.” The Nigerian Commerce Minister at the time, Aliyu Modibo Uma, countered: “If 30 years of non-reciprocal free market access into the EU did not improve the economic situation of the ACP, how can a reciprocal trading arrangement achieve anything better?

Liberalizing trade will further widen the gap between the two (blocks), and probably destroy the little development that some ACP countries have managed to achieve over the past years.”

“Whether it is tomatoes and rice, textiles or iron rods, cheap imports, illegally dumped into our markets, are destroying whole areas of economic activities, and with that, the lives of millions.' The Zimbabwean Trade Minister, Obert Mpofu said, “any new trade agreement with EU should reinforce, not undermine, the development of our economies, employment generation, wealth creation for our people and ultimately poverty reduction.”

African civil society organizations rallying to stop EPA, during a global stop EPA campaign in late 2006, demanded that ACP governments must not sign the agreements unless significant changes are made.

At the World Social Forum in Nairobi, Kenya, in January, 2007, tens of thousands of civil society representatives, chanted and carried signs declaring: “Fight poverty…..say no to EPAs.”

In April 2007, the African Youth Coalition Against Hunger, mobilized to the Gambia, more than 1000 activists from 20 countries, to launch a “big noise campaign,” to stimulate public debate against the EPA proposed agreements.

Africans stressed that although the EU is mounting pressure for the negotiations to be signed by December 31, 2007, there were still opportunities for the ACPs to develop real alternatives to the EPA.

Africans insisted that while ACP nations cannot afford to pursue a policy of isolationism, there was need for them to strengthen efforts at regional integration. West African countries called EU bluff, by rejecting the EPA terms at the end of October, 2007, to assert their independence from pressures from their colonial overlords for the first time since their paper independence.

Not satisfied with that, they massively subsidized their farmers to prevent the only advantage Africans have, African agricultural products, from competing in their markets.

Without African markets as dumping grounds for their excesses and decadence, their economies promptly slumped into grave recession with deep banking and public debt crisis. Unemployment in Euro zone has risen beyond crisis point and business morale is at its gloomiest ever.

With consumer spending which generates half of Euro's economic output receding, Euro turned to Asian and US markets, which themselves are not recovering fast enough from the Euro crisis to fire Euro's revival. Portugal is helpless and confused about its future after years of getting drunk on Euro's boom years.

Greece could quit the Euro this year and Spain whose unemployment rate has gone above 25%, could exit next year. Euro has again returned to Africa, February 2013, particularly to ECOWAS, to push for economic re-colonization, disguised as negotiation of economic partnership.

They do not know that we now know that every time they are desperate and in a hurry to make deals with us, it is to satisfy their selfish interest in our continued exploitation.

They have moved us from slavery to colonialism to neo-colonialism and now to death from unequal economic partnership, environmental pollution, HIV AIDS infestations and 'gay' rights politics, and we say, sorry sirs, we are not ready to die yet.

Poet, Author of the magnum opus: 'The end of knowledge'. One of the world's leading authors of children's books; Awarded; key to the city of Memphis, Tennessee, USA; Honourary Councilmanship, Memphis City Council; Honourary Citizenship, County of Shelby; Honourary

Commissionership, County of Shelby, Tennessee; and a silver shield trophy by Morehouse College, USA, for activities to unite and uplift the African race. Naiwu Osahon, Sage, renowned author, philosopher of science, the spiritual Prince of the African race, mystique, leader of the world Pan-African Movement.