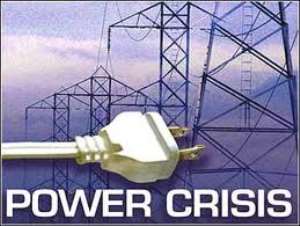 Hohoe, Feb 24, GNA -The African Centre for Energy Policy (ACEP), an energy think-tank organisation, on Friday commended the disposition of President John Mahama towards the current energy problem, but said it was short of addressing the pertinent issues confronting the energy sector.

A statement signed by Mr John-Peter Amewu, Director of ACEP, copied to the GNA on Sunday, said the measures announced during the State of the Nation Address by President Mahama failed to address the current power sector crisis totally.

The ACEP, therefore, asked consumers, both industrial and residential, to adjust themselves to the long period of the potentially protracted power crisis.

The statement said the President's measures sought to suggest that power generation was the main challenge of the energy sector, which would be solved with the expected additions in generation capacity from Takoradi 3 Thermal plant, Bui Dam and Asogli, when gas supply is restored by the West African Gas Pipeline (WAGPL).

ACEP envisaged the comfort margin would not be met for Asogli and Takoradi 3 since gas supply by WAGPI to these plants had averaged 70 million metric standard cubic feet per day (mmscfd) less than the contracted requirement of 120 mmscfd.

The statement said it was certain that the Bui project would bring on stream some 400 MW by September to save the Akosombo Hydro Dam in distress. and noted that 'the system plan of Akosombo is to supply 5,000 GWh annually, but continued to generate 7,000 GWh, which is almost 50 percent above its planned capacity.'

It noted that poor and inefficient distribution network posing as high as 30 per cent in distribution losses, among the globally highest, continued to undermine the financial viability of the power utilities.

The statement said distribution losses led to more than 100 million dollars in revenue losses to the ECG in 2010 alone, increasing its indebtedness to the VRA and Asogli.

It noted that 'these challenges have increased the financial outlay of power generation from a more expensive light crude oil without appropriate revenues rendering the Tema 1 Thermal and the emergency power plants, which operate on diesel being left redundant in spite of the effects of the energy crisis.

'President's address unfortunately failed to address the challenges of the poor distribution systems and financial difficulties of the power utilities.'

The statement acknowledged efforts by the Government to reduce transmission losses, but said once again these projects have been long standing and it is hoped that they would be completed soon.

It suggested short-term remedies should include government and the ECG redeeming its indebtedness to the VRA, which reportedly stood at 400 million dollars, whilst consumers wait for WAGPI to restore gas supply.

The statement said government needed to support the ECG and NEDCO (Northern Electricity Development Company) to invest in the distribution networks to reduce the high technical distribution losses through the acquisition of sub-standard meters and transformers.

It called for the introduction of an index for customer satisfaction into the pricing formula and the reactivation of quality of service index, which had been abandoned for some time now.

The statement said to make tariffs reflect the true state of the power industry, ECG should be penalized for poor customer satisfaction.