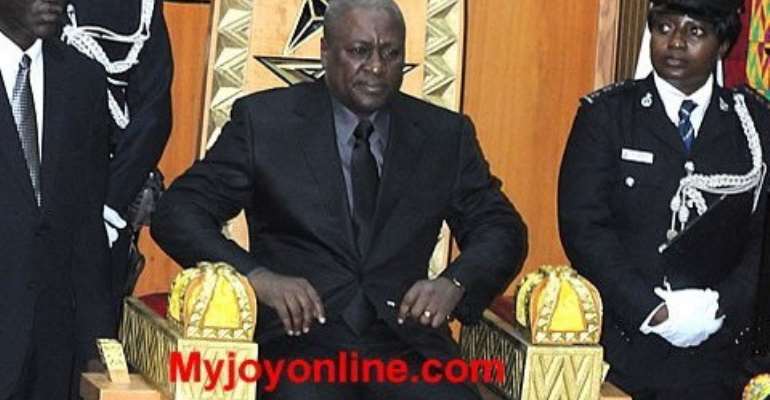 Government has indicated plans to make public, a full report on the four months Mr. John Dramani Mahama took over affairs of the nation as President, following the demise of his predecessor, Prof. John Evans Atta Mills on July 24, 2012.

The detailed report is ready and is expected to be published in some of the local dialects.

This was disclosed on the Joy FM Super Morning Show Thursday February, 21, 2013, by Senior Policy Coordinator at the Presidency, Dr. Sulley Gariba.

According to Dr. Gariba, portions of the report will be highlighted in the President's maiden State of the Nation Address to Parliament today after he won the December 2012 elections.