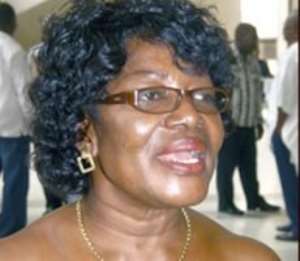 President John Mahama has appointed a number of persons, amongst them the immediate past Central Region Minister, Mrs Ama Benyiwa Doe to the Council of State.

The chair of the Council is John Henry Martey Newman, who was the immediate Chief of Staff under the late President John Mills.

The council of State members were sworn into office by the president on Wednesday.