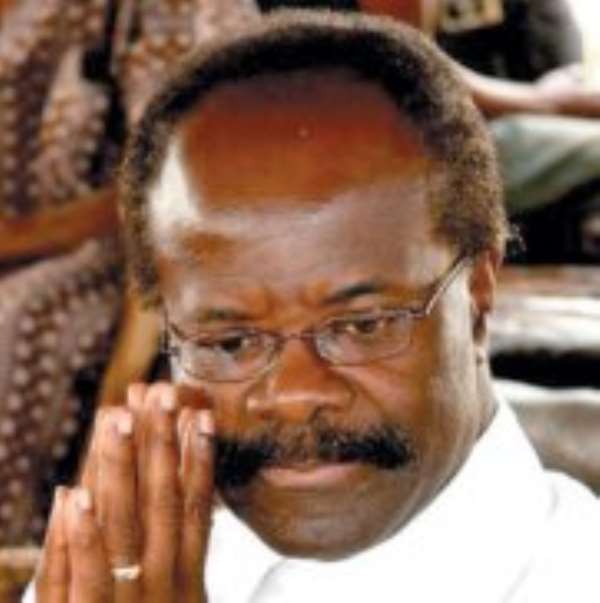 A government of the Progressive People’s Party (PPP) will use state purchasing power to support the private sector to grow and create more jobs.

This would be one of the strategies to be adopted by the party to deal with the increasing unemployment situation in the country when voted into office in December.

During an interaction with the leadership of the Ghana Trades Union Congress (TUC) in Accra Wednesday, the flag bearer of the PPP, Dr Papa Kwesi Nduom, said job creation was a major priority of the party’s development blueprint dubbed: ‘Agenda for Change’.

The interaction was at the instance of the PPP to enable the flag bearer to share with the leadership of the workers’ body, the party’s Agenda for Change, which is hinged on four main pillars, for economic growth and development as he seeks the mandate of the Ghanaian electorate.

With job creation featuring high on that agenda, and the business acumen of Dr Nduom, earning him the accolade Edwumawura, the leadership of the PPP and the TUC shared a common vision of job creation and workers’ welfare.

Dr Nduom observed that because Ghana had opened its doors wide, anybody and everything managed to pass through.

The PPP flag bearer stressed the need for the country to protect its people and markets just as countries like America were doing, in order to create more jobs and be strong.

He said whenever there was a major road project, for instance, about 40 per cent of the contract could be awarded to local contractors for them to gain some expertise from their foreign counterparts so that they could execute similar jobs in the future.

Dr Nduom said as a businessman with business interests in all the 10 regions, he very well understood what he was talking about in respect of job creation.

Apart from job creation, the PPP considers education, health care and stewardship as critical pillars of its Agenda for Change.

Dr Nduom said education played a key role in the job creation mix and wondered why other political parties were not putting emphasis on compulsory basic education as enshrined in the 1992 Constitution.

He said a PPP government would implement a policy of free, compulsory and continuous education, all in their strictest sense, from the basic to the senior high school level.

According to Dr Nduom, per the calculation of the PPP, the government would require additional GHc700 million every year to redeem that commitment.

As to how such ambitious education policy would be funded, he said if the government could pay GHc700 million as judgement debt in one year, settle the telephone bill of GH¢10,000 per month for a minister of state and return huge sums of money to donors because they were not utilised, then a PPP administration would surely find money to fund the free, compulsory and continuous education policy.

Furthermore, he said, if the government could nip corruption in the bud there would be money available to finance that initiative.

Dr Nduom said there was the need for incorruptible leadership and asked his competitors in the December election to respond to his challenge for them to make public their income tax payments, declared assets, health status and sources of political funding.

The General Secretary of the TUC, Mr Kofi Asamoah, said joblessness, especially among the youth, was very worrying, and called on the government to adopt concrete measures to address the problem.

He said it was important for the government to support the private sector and indigenous Ghanaian businesses to develop and create more jobs.

Mr Asamoah expressed regret that since the 1980s, the country’s economic policies had benefitted mainly foreign investments to the neglect of local investments.

He recalled an instance when levy was put on imported poultry products to encourage and promote local poultry industry but such initiative became a stillborn following interventions from abroad.

Mr Asamoah advised politicians to engage in real debates and ideas to transform the country and improve the lives of the people.

He urged workers to vote for politicians who had their interest at heart, adding, “If you work for us, we’ll work for you; if you don’t mind us, we’ll not mind you.”

Some members of the TUC leadership wondered why the PPP had not highlighted the railway sector, housing and the creative industry, among other critical issues, in its Agenda for Change.

Responding, the PPP flag bearer said tackling corruption was fundamental to addressing all those issues, hence his commitment to incorruptible leadership.