'No agreement' in talks between Madagascar rivals 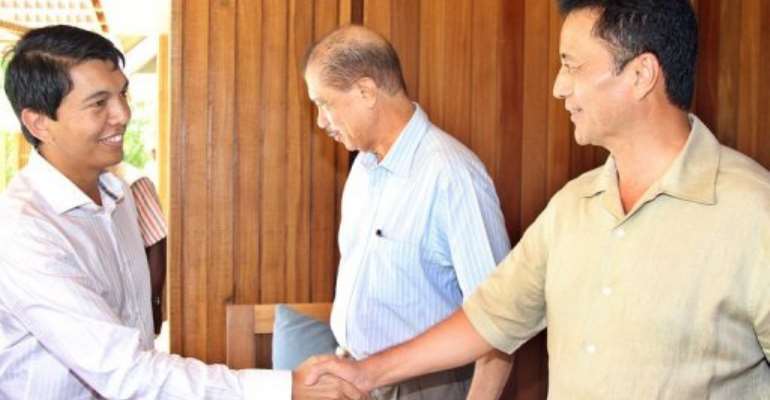 VICTORIA (AFP) - Madagascar's President Andry Rajoelina and ousted leader Marc Ravalomanan failed to resolve their differences in a meeting on Wednesday in the Seychelles.

The Indian Ocean island has been mired in political crisis since Rajoelina ousted Ravalomanana in March 2009 with the army's support.

"There is no agreement," Rajoelina told AFP at the end of the half-hour one-on-one meeting. He added that discussions would continue but did not give a specific day for the next round of talks.

It was the second direct meeting between the rivals in the Seychelles in two weeks, after a first round on July 25 at an exclusive resort on Desroches, a private Seychelles island, ended without resolution.

Rajoelina and Ravalomanana arrived Tuesday on the main Seychelles island Mahe, before spending all day Wednesday in talks via the mediation of South African President Jacob Zuma and Seychelles President James Michel.

Although the two men last year signed a "roadmap" toward elections, the deal has yet to be fully implemented.

The main point of contention is Ravalomanana's return to his country. Exiled in South Africa for the past three years, he wants to be cleared for the 2013 polls.

He faces life in prison back home after being sentenced in absentia for the killing of demonstrators by his presidential guard during protests that led to his overthrow in 2009.