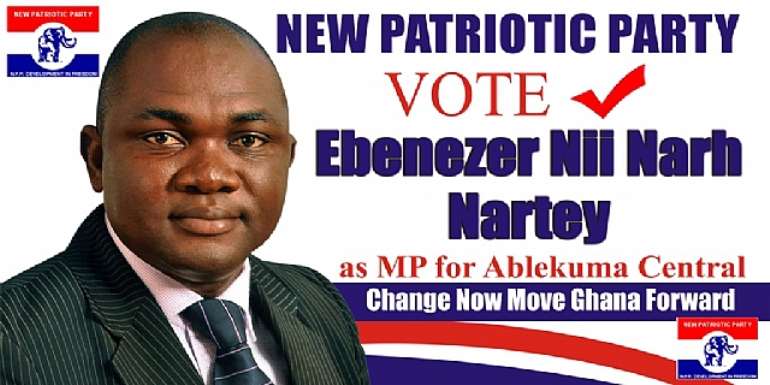 Making the presentation at separate functions, Mr Nartey said the donation was a gift to the schools to mark his 34th birthday celebration.

The aspiring MP said he decided to use the occasion to support and promote education in the area.

He told the students that; “education is the key to success and you can make it in life if you take it very serious,” adding that, “the Christians have God, Muslims have Allah and your next best friend is your books.”

Mr Nartey called on the students to take their studies serious and aspire to higher positions in life and urged them to use the internet to acquire knowledge.

He advised the students, who have attained the age of 18 years to vote for him and the flag bearer of the NPP, Nana Addo Dankwa Akufo-Addo, and also endeavour to influence their parents to do same come December 2012.

“The future of this nation depends on you the youth and when you say yes nobody can say no. This is just the beginning of good things that will come from the NPP to you so give us the mandate in December 2012. My gesture is not the first and the last,” Mr Nartey stressed.

The aspirant said he was paying back to the community and particularly the school for the blessings and the support he had when he was teaching there as a national service person, hence his donation.

“Do not allow yourselves to be influenced by some politicians to cause mayhem because; I want to go to Parliament without any blemish on my hands.”

He called on religious leaders to pray for a peaceful election in December.