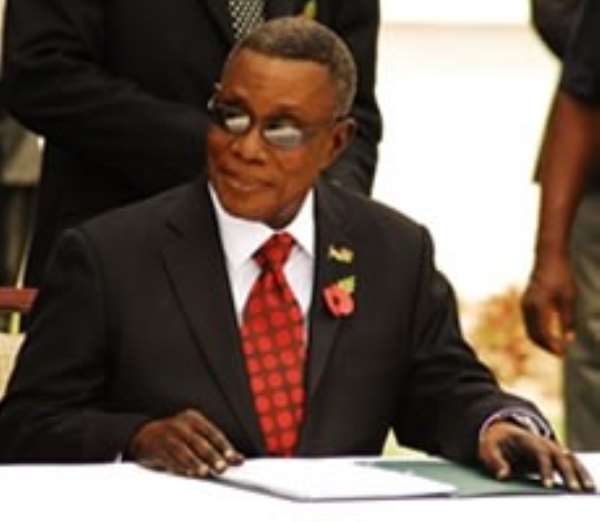 The President, who returned from the United States this Monday after undergoing a medical check-up there, met with the national executive of the Governing National Democratic (NDC).

Prior to his departure to the US, the president had said he would set to work immediately on his return to retain power in the December polls.

On his arrival at the Kotoka International Airport, president Mills said he was so energised he felt like driving straight to the Osu Castle to start work.

It appears, consistent with his promise, the president is starting his preparation towards a grueling campaign to retain power by holding a meeting Wednesday with his ground troops.

Government and party sources are tight-lipped as regards the agenda for the meeting or any other details for that matter.

It is, however, believed the meeting was used to strategise the NDC's 2012 elections campaign.

The last time President Mills publicly visited the NDC Headquarters was Thursday, 5 May 2011 when he picked nomination forms to contest the flagbearership race of the NDC.