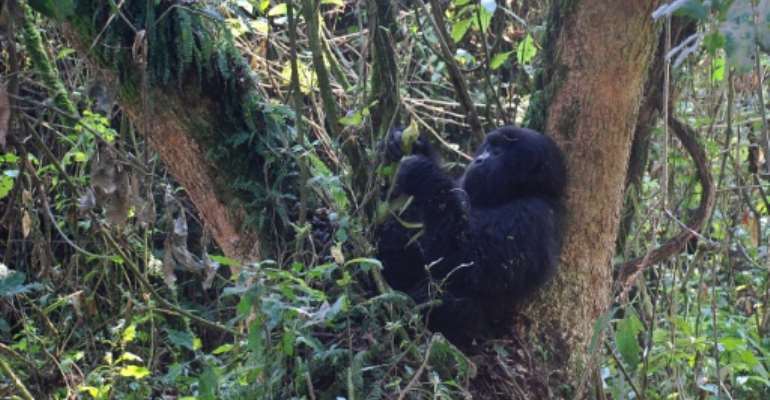 A young mountain gorilla is pictured in 2015 in the jungle at Bukima in Virunga National Park, eastern Democratic Republic of Congo. By Peter Martell (AFP/File)

Honolulu (AFP) - The world's largest gorillas have been pushed to the brink of extinction by a surge of illegal hunting in the Democratic Republic of Congo, and are now critically endangered, officials said Sunday.

Four out of six of the Earth's great apes are now critically endangered, "only one step away from going extinct," including the Eastern Gorilla, Western Gorilla, Bornean Orangutan and Sumatran Orangutan, said the IUCN's latest update to its Red List, the world's most comprehensive inventory of plant and animal species.

Chimpanzees and bonobos are listed as endangered. 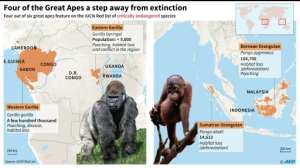 Four of the Great Apes a step away from extinction

"To see the Eastern gorilla -- one of our closest cousins -- slide towards extinction is truly distressing," said Inger Andersen, IUCN director general.

War, hunting and loss of land to refugees in the past 20 years have led to a "devastating population decline of more than 70 percent," for the Eastern gorilla, said the IUCN's update.

Even though killing these apes is against the law, hunting is their greatest threat, experts said.

The second subspecies of Eastern gorilla -- the Mountain gorilla (G. b. beringei) -- has seen a small rebound in its numbers, and totals around 880 individuals. 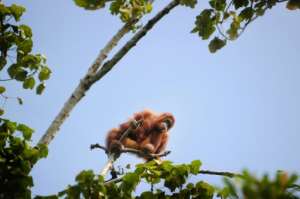 Sumatran Orangutans, like this one picture in Aceh province in May 2016, are critically endangered according to the International Union for Conservation of Nature

According to John Robinson, a primatologist and chief conservation officer at the Wildlife Conservation Society, the Rwandan genocide sparked a disastrous series of events that impacted gorillas, too.

"The genocide pushed a lot of people out of Rwanda, a lot of refugees into eastern DRC, who moved into areas which were relatively unoccupied by human beings," he told AFP.

"It was a situation that kind of unraveled," he said.

Some people hunted gorillas for bushmeat, while activities like mining and charcoal production and human settlement also infringed on gorillas' habitat.

"The people that moved into that part of DRC saw gorillas as a delicacy," Robinson said.

"It is such a great travesty to be losing our closest relatives on this planet."

The IUCN Red List update includes 82,954 species -- including both plants and animals. 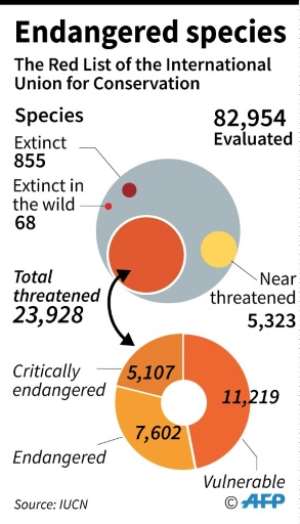 There was good news for pandas, whose status improved from "endangered" to "vulnerable" due to intensive conservation efforts by China.

The Tibetan Antelope (Pantholops hodgsonii) has also improved, after protections helped it move from "endangered" to "near threatened" following a spate of commercial poaching for its valuable underfur, or shahtoosh, which is used to make shawls.

But the situation deteriorated for others, including the Plains Zebra (Equus quagga) which has been increasingly hunted for bushmeat and skins, and has moved from a species of "least concern" to "near threatened." 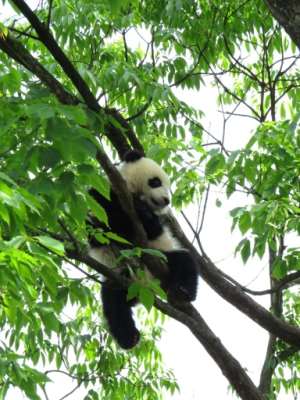 A full 87 percent of native Hawaiian plants are threatened with extinction, it said.

Among the new entries to the Red List is the Psychedelic Rock Gecko (Cnemaspis psychedelica), which is listed as "endangered" and known only to exist on two small offshore islands in southern Vietnam and is highly, and illegally, sought for the commercial pet trade.

"We have now reassessed nearly half of all mammals. While there are some successes to celebrate, this new data must act as a beacon to guide the conservation of those species which continue to be under threat."

Chiefs and Queen mothers of Nadowli-Kaleo congratulate Alban...
39 minutes ago