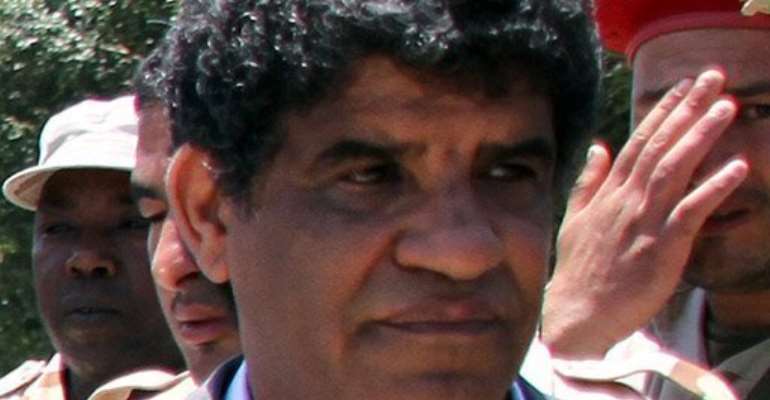 Moamer Kadhafi's former right-hand man has been long feared in Libya. By (AFP/File)

TRIPOLI (AFP) - Libya is determined to try former spy chief Abdullah Senussi who was arrested in Mauritania, the justice minister said Sunday, as France and the International Criminal Court also seek his extradition.

"Our courts are very good, even excellent, especially in Tripoli and we are able to carry out his trial according to international standards," Ali Hmeida Ashur told AFP.

"We expect diplomats and government officials to convince all parties of the need to try Senussi in Libya," he said, adding that his country was in close contact with Mauritania over this issue.

On Saturday Libyan government spokesman Nasser al-Manaa said that the prosecutor general had sent an extradition request to Mauritania through Interpol asking for Senussi to be handed back to Tripoli.

The International Criminal Court and France also want to put Senussi on trial.

Long feared in Libya, Moamer Kadhafi's former right-hand man is wanted by the ICC in The Hague for crimes committed while trying to crush last year's uprising.

Senussi faced an international arrest warrant after a Paris court sentenced him in absentia to life for involvement in the downing of a French airliner in 1989 that killed 170 people.

The UTA airliner on a flight from Brazzaville to Paris via N'Djamena was brought down by a bomb on September 19, 1989 in Niger.

Senussi could also be held accountable in Libya for the Abu Salim prison massacre of 1996 when more than 1,000 detainees were gunned down.

Amnesty international on Saturday said that Senussi, who was arrested in Mauritania, should be tried by the ICC in the absence of a functioning judiciary in Libya.