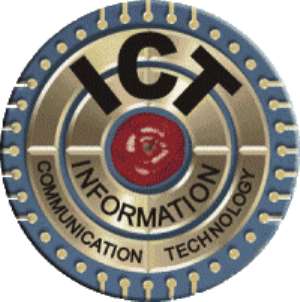 He said “the key and bone of every nation's developmental success is an effective educational structure, hence the need to pay critical attention to our country's educational reforms for posterity”.

Professor Ameyaw Akumfi was addressing the inauguration of the internet connectivity facility at Akumfi-Ameyaw Senior High Technical School in Techiman.

The MP stressed that the project would help bridge the rural-urban gap and the expansion of the students' easy accessibility to information through the internet.

He explained the need for internet to enhance fast and easy information in research and references and entreated the students to use the facility profitably.

Prof Akumfi, a former Minister of Education, urged the instructors to closely monitor the students in order not to abuse the facility by engaging in cyber fraud popularly call Sakawa, or browse pornographic sites.

He encouraged the students to take their studies seriously and to take advantage of the numerous facilities at their disposal and avoid absenteeism, acts of indiscipline and sexual promiscuity, in order to attain academic excellence.

The MP advised students who had attained the age of 18 to get registered in the biometric registration exercise so that they could exercise their franchise in the general election in December.

The headmaster appealed to the government, benevolent and non-governmental organisations to help address the problem of inadequate infrastructure facing the school to enhance effective teaching and learning.

Mr Owura Domfeh, Information Communication Technology Tutor and some students in an interaction with the Ghana News Agency expressed great relief and satisfaction for the project.

They said the provision of the facility had saved them from travelling distances to gain access to internet cafes and appealed for more computers since the school's 150 capacity ICT laboratory, currently boast of only 80 computers.