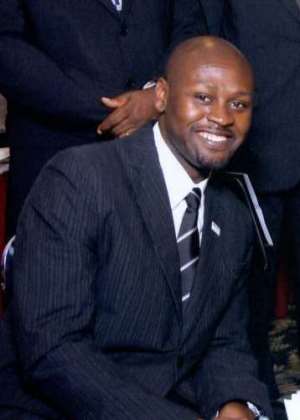 As comments, observations and reactions about the town hall meeting held by president John Evans Atta Mills, during his visit to Ottawa keeps pouring in, and the New Patriotic Party [NPP] chapter in Toronto has also sent in their comment.

In a statement signed and presented to this reporter by the secretary of the chapter, Prince Ofosu Sefa, he described the event as poorly organized which went to further the belief of many that the NDC is great at political but very bad at the management aspect of things.

He observed,” controlled from the sidelines by Koku Anyidoho, the president via the MC took few questions. The organizers also seem to have planted most of the questions and ensured very few tough questions”.

According to him, members of the party both from Toronto and Montreal found the president quite likable, approachable and serene who used this style sprinkled with frequent references to God/the Christian faith to charm the audience adding,” however he was a boring and uninspired speaker who does not command the room”.

Apart from not being happy about the president not holding an event in Toronto during his trip, he narrated how he came close to getting a chance to speak at the town hall meeting which started at about 3:15p.m and ended at about 4:45p.m but the MC and other persons who controlled the programme figured out a away to skip him at the last second.

Prince Ofosu Sefa, revealed that the party had tough questions about the Fulani problem in the Ashanti Region and the Biometric registration without paper backups for the president. Needless to say those questions did not come up from the mostly crowd.

He further observed that the Foreign Affairs Minister, Alhaji Mohamed Mumuni, who spoke before the president seemed like a bit more of a dynamic speaker than the president, but he misstated a lot of facts about NPP's last government like the fact that the cedi was spiraling in its loss of value against other currencies when the NDC came to power in 2009.

“What was striking the most was the president kept telling the audience little more than problems Ghana face and the intention of his government to fix them but little else about how they are going to or intend to fix them.

“As former president John Agyekum Kufuor critiqued, indeed, this president seems to lack vision, not to mention plans to improve things” the party secretary also criticized stating further that the better Ghana agenda seems to be a little more than empty slogan which will make Ghanaians elect Nana Akuffo Addo as the next president come 2012.

The Toronto branch secretary of the NPP made it clear that the NDC is a confused party, which pretends to be social democrats but is only imitating the NPP's private sector market- based approach towards development and not doing well at it.

Explaining his claim, Prince Ofosu Sefa, said the NDC lack a coherent vision towards accelerated development of Ghana, not to mention concrete plans to achieve a vision which makes the Better Ghana Agenda a mere slogan.