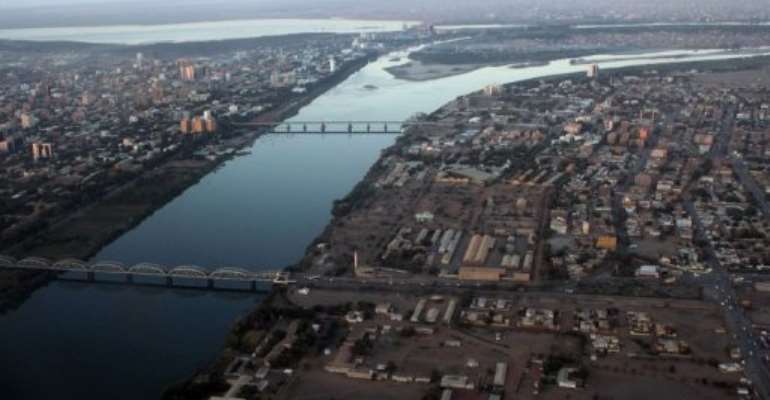 Researchers say rising temperatures raise the risk of conflicts erupting over use of the Nile and Limpopo. By Khaled Desouki (AFP/File)

The Consultative Group on International Agricultural Research, a global think-tank, warned the changes could have major effects for countries that share the rivers -- raising the risk of conflicts erupting over water use, already a subject of often touchy regional relations.

Their study raised the greatest concerns for the Limpopo River Basin, including parts of Botswana, South Africa, Mozambique and Zimbabwe, and running through a region already chronically dry.

The findings were presented at the International Forum on Water and Food in Pretoria.

The group's projections found that between now and 2050 hotter weather and fewer rains could hurt food production and deepen poverty.

"We need to ask whether current agriculture development strategies in the Limpopo, which are predicated on current levels of water availability, are in fact realistic for a climate future that may present new challenges and different opportunities," said Simon Cook, a scientist who worked on the project.

"In some parts of the Limpopo, even widespread adoption of innovations like drip irrigation may not be enough to overcome the negative effects of climate change on water availability," Cook added.

For the Nile, the researchers projected that increased water evaporation could "reduce the water balance of the upper Blue Nile Basin."

That could affect regional talks on management of the river, after years of tensions over Ethiopia's plans for new dams, the researchers said.

"The new insights regarding the effect of climate change on river basins may indicate a need to revisit assumptions about water availability," said Alain Vidal, director of the group's water and food programme.

In rivers around the world, the study found that higher global temperatures would make more water evaporate from rivers, which in most cases should be set off by increased rainfall.

But within river basins, changes could prove dramatic, and flip weather trends from wet to dry for regions that previously have known consistent patterns, it found.

"Such changes will create a management nightmare and require a much greater focus on adaptive approaches and long-term climate projections than historically have been necessary," said Vidal.