Egyptian Season Of Artefacts Returns: Hopeful Sign To Be Followed By Others?

Egyptians seem to be having tremendous success in the recovery of their artefacts taken away during the heyday of imperialism and colonialism or stolen since 1970 when States adopted the UNESCO Convention on the Means of Prohibiting and Preventing the Illicit Import, Export and Transfer of Ownership of Cultural Property (1970). (2)

In addition to the frescoes received a few months ago from France (Louvre, Paris), the United States of America has also returned to Egypt a 3,000-year-old sarcophagus. The coffin which had been taken out of Egypt illegally in 1884 was seized at Miami Airport by US Customs from a gallery owner who was unable to provide documentation of ownership. (3)

Most remarkably, Britain has returned recently some 25,000 objects, including a stone axe dating back 200,000 years and pottery from the seventh millennium BC with the finger prints of the producers. (4) These artefacts were returned after long negotiations with the University of London. We must congratulate the leaders of the university for having finally seen the light of reason and acted accordingly.

The recovery from London is very significant as it constitutes the largest restitution so far. It is also noteworthy that this massive return comes from Britain, a country not well-known for being sympathetic to claims regarding looted/stolen cultural artefacts. Britain has probably the largest collection of artefacts acquired under dubious or illegitimate circumstances.

Hopefully, the example of the professors at the University of London will persuade their neighbour in Bloomsbury, the British Museum, that the history of humankind (as opposed to story) is moving in the direction of restoring to others their artefacts taken away under dubious or contested circumstances.

The restitution of these objects also gives hope that not all is lost in the efforts to seek justice for countries deprived of their cultural artefacts. Egypt will have to intensify efforts to obtain the return of the Rosetta Stone since it appears to be the most attractive artefact in the British Museum. Ethiopia, Greece and Nigeria are still waiting for Britain to return respectively the treasures of Magdala, the Parthenon/Elgin Marbles and of course, the Benin Bronzes.

Germans may argue as much as they want, Nefertiti will have to return home to be among here own people in Egypt. No place is better for a queen than home

despite long sojourn elsewhere. If the Germans, who already have thousands of Egyptian artefacts, attach any value to co-operation with Egypt, they should find an honourable solution to the question of Nefertiti which has become intractable mainly due to their own excessive commercialization of her presence in Berlin.

Nigerians and others seeking the return of their cultural artefacts may find it worthwhile to reflect on the policies and strategies of Zahi Hawass, the Secretary-General of the Supreme Council of Antiquities. Since he took over the direction of Egypt's efforts for recovery of artefacts in 2002, 31,000 artefacts have been returned to Egypt. One needs not approve of the tactics and views of the dynamic Secretary-General but we surely cannot ignore his tremendous success. The enthusiasm and energy Hawass brings to his work can only make us wish there were many in this world, all fields included, who showed such commitment to work. Hawass knows he is good at his work and lets the world know it. He is a supreme master of the media. Television, video, internet, radio and the print media are used effectively by this famous Egyptian who has made Archaeology or more precisely, Egyptology, an exciting and interesting subject for many. False modesty is clearly not one of his weaknesses. The most successful person in securing restitution of objects from the Western world will definitely have useful hints for all.

One can expect that the conference on repatriation scheduled to take place this year in Cairo will see Cambodia, China, Greece, Italy, Mexico, Nigeria, Peru, South Korea and Turkey co-ordinate their strategies and policies. (5) The combined efforts of States with restitution demands may succeed in persuading those claiming to act on behalf of humankind that our species is not restricted to the Western world and that we all stand to gain when every group is allowed to look after their own cultural objects, without violence or vilification from those hanging onto stolen/looted objects or objects acquired under dubious and contested circumstances.

Egypt's success in recovering some of her stolen/looted objects is a hopeful sign that we are finally entering a period where restitution of cultural objects will not be considered by Western States as the beginning of the end of their “great museums”. Zahi Hawass, for instance, is asking only for a few specific objects and not all the Egyptian artefacts in Western museums as opponents of restitution suggest:

International Relations. We can hardly leave behind colonialism and imperialism, with all that they imply, without restoring to owners some of the cultural objects taken away when the West reigned supreme. Some of these artefacts are so closely linked with the history and identity of peoples that they properly belong to the countries of origin as the UNESCO and the United Nations have decided and not to museums in other countries that have no spiritual or cultural links to the artefacts.

See a video of the handing over ceremony http://english.ntdtv.com

Discussions on restitution are taking place regularly in Nigeria. See information on the forthcoming colloquium on restitution and repatriation in which leading scholars will be discussing the issues at the University of Lagos, on 8 April, 2010. The colloquium and the related exhibition on works by the well-known Nigerian artist and scholar, Peju Layiwola, are supported by The Centre for Black and African Arts and Civilization (CBAAC), the Edo State Government, the National Commission for Museums and Monuments, Abuja, the University of Lagos and the University of Ibadan. A book by Layiwola entitled Benin 1897.com: Art and the Restitution Question will be presented during the colloquium. http://benin1897.com 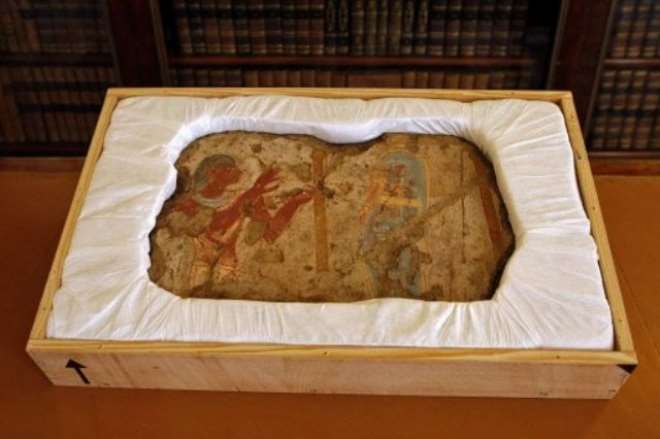 One of five fragments cut from a wall painting in the ancient Egyptian tomb of Tetiky and later returned by France to Egypt. 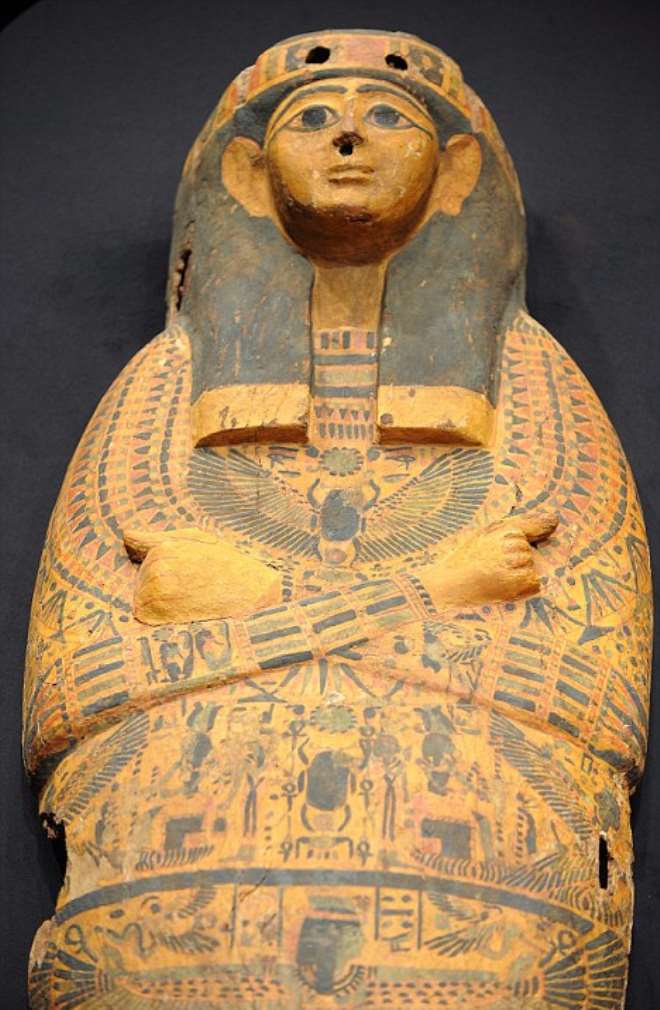 Sarcophagus returned to Egypt by United States of America 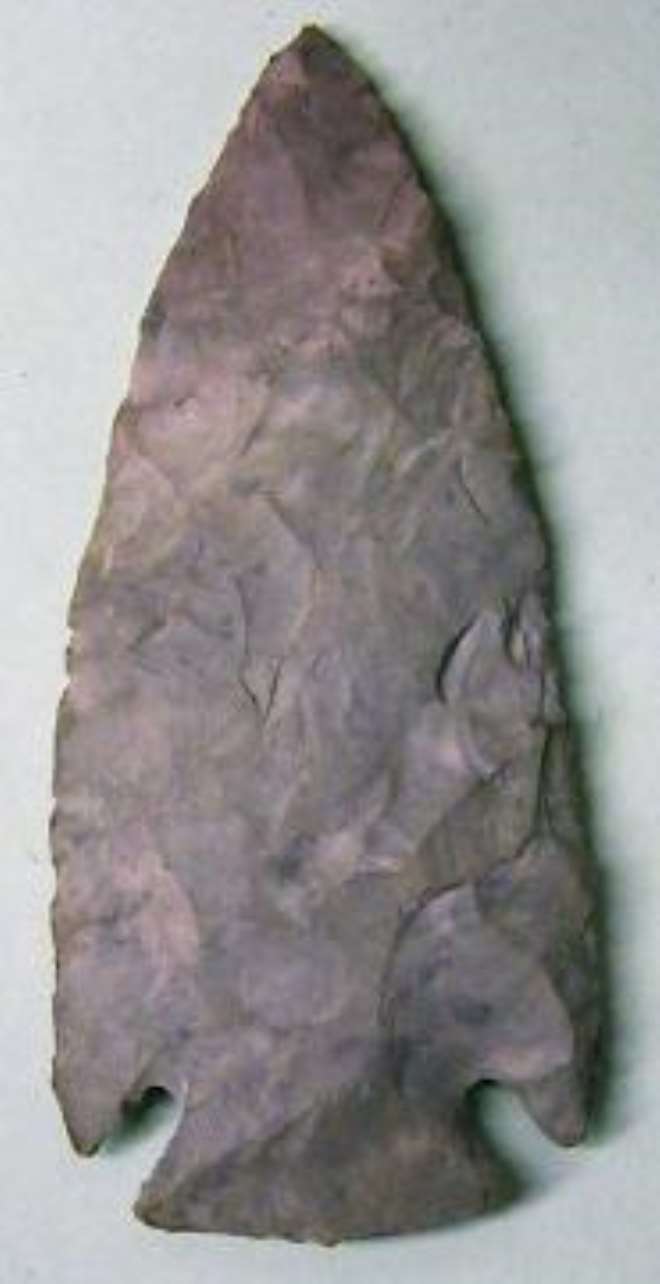 Spearhead from flint stone included in the returned objects from Britain.

The author has 265 publications published on Modern Ghana.