I'm On Top Of Events - President 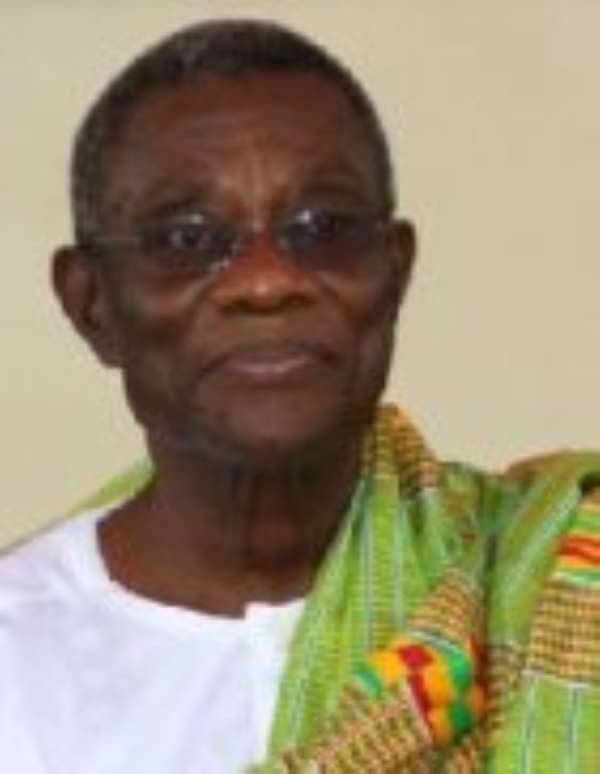 President John Evans Atta Mills has unleashed a strong response to critics who perceive his administration as too slow, as well as those who may be in doubt that he is fully on top of events.

“Atta Mills is in charge,” he told a cheering crowd at Damongo in the Northern Region where he is on a four-day duty tour.

“And I will head this nation until December, 2012, when the good people of Ghana would have the mandate to decide whether the NDC has done well or not,” the President said.

“We want to take decisions that have long-term benefits. The National Democratic Congress (NDC), wants what is right and what is fitting. We do not want to cut corners, but to hasten slowly,” the President said to more cheers at a durbar of chiefs and people of the Gonja Traditional Area in the West Gonja District of the Northern Region.

In recent times, the President has come under a barrage of criticisms, some from leading members of his own party, for running a slow government.

Some of the criticisms have come from former President J.J. Rawlings, who is the founder of the NDC; Dr Ekwow Spio-Garbrah, a leading party member; the Majority Leader in Parliament, Mr Alban Bagbin, and the Member of Parliament for Lower Manya Krobo, Mr Michael Teye Nyaunu.

Without referring to any individual or group, the President assured those who criticised the pace of his administration that the government would prefer to exercise caution in order to avoid hasty decisions that could worsen the plight of Ghanaians.

He reminded his critics that he was given four years, not 10 months, and said he was very confident of his ability to lead this country through the four years, adding that “by the end of 2012, we would let Ghanaians know that voting the NDC to power was not a mistake”.

Prof. Mills reiterated the challenges that his government faced on coming into office, adding that so far progress was being made towards overcoming these challenges, such as reducing the nation’s debt.

The President drew the analogy that the builder of the road might not detect which parts were crooked and that was why his administration welcomed criticisms to enable it to straighten its path.

He, however, cautioned critics not to digress into insulting the Presidency, since that would amount to undermining the seat of government.

He used the opportunity to thank the people of the region for showing some confidence in his ability to steer the affairs of the nation and assured them of his government’s commitment to stick to its promises of accelerating the development of northern Ghana.

Prof. Mills called on the chiefs in northern Ghana to get on board to help the government to realise its goals of developing the savannah zone by ensuring peace in their respective areas.

The Overlord of the Gonja Traditional Area, Yagbon-Wura Bawa Abudu Doshi II, commended the President for instituting the block farm project in the West Gonja District, which he noted had created employment and improved food production.

He, however, entreated the President to keep to his promise of upgrading the Fufulso-Damongo-Sawla road and also provide potable water for the Damongo community.

The President was accompanied by senior members of his government, including the Chief of Staff, Mr John Henry Martey Newman, and the Northern Regional Minister, Mr Stephen Sumani Nayina, as well as some executive members of the NDC.