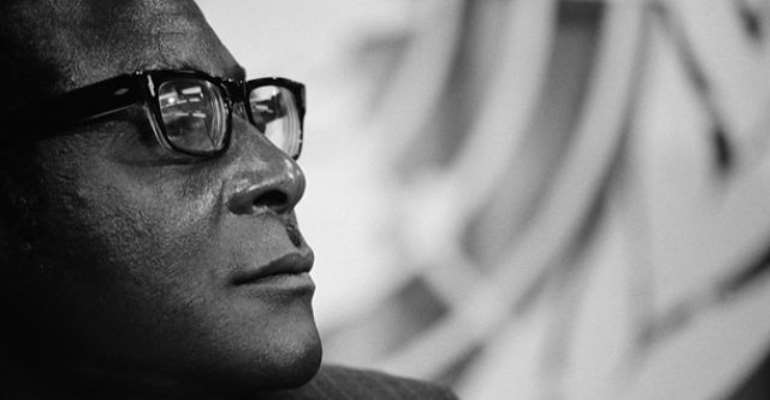 Tendai Biti, Zimbabwe's Minister for Finance is currently waging a desperately relentless war of legitimacy and recognition for his Government of National Unity [GNU] at the Bretton Woods Institutions. To many commentators, including this one, this loosing battle, while noble, is easily interpreted as a sinister extension of ZANU-PF's subtle agenda for international acceptance.

Whilst we all accept that the Movement for Democratic Change [MDC] have a compelling case to keep their part of government functional, it is only rational to assume that they constitute only a third of the size of government. The remaining two thirds are ZANU-PF's political entity under the hypnotic control of a military junta still aching to exert a measure of revenge against the Morgan Tsvangirayi's ascendency to power. Barrister Biti is well aware of this.

The United States of America's [USA] State Department recently unleashed a gem of a statement that overtly associates development assistance to Zimbabwe with political and human rights reform. Thus, arguments advanced in this article are unashamedly pro-USA and with good reason. Mugabe's futile attempt to hide behind a facade of humanitarian sympathy is a glaring act of deceit. Americans may not be the best example of democratic role models, but we Zimbabweans are nonetheless wiser to know what real democracy is. As of now, what the inclusive government that Biti is so passionate about offers very little by way of individual or collective liberties. The reasons are there for all to see.

First and foremost, the Robert Mugabe's political machinery is firmly in charge of that part of the GNU that has been credited with – and I am going to be generous with expletives - extensive, intensive, massive and substantive violations of human rights since the 1980s. Nobody can convince us that the police, army, prison service, judiciary, information, diplomatic corps, central intelligence, the Herald newspaper, Zimbabwe Broadcasting Corporation, provincial governors, youth militia and war veterans have been 'dismantled' or are 'reformed'. Zimbabwe's prisons are still occupied by political captives; public media continues to spew hate campaigns while international journalists are still restricted. There is only one State broadcaster, one State daily newspaper and one State fixed telephone system network. Exactly Mr. Biti that it was the Americans and us level-headed Zimbabweans are saying!

Second, most if not all of Rhodesian-type repressive pieces of legislation remain intact. Access to Information, Public Order Security, and Broadcast Acts have a devastating impact on human and political rights in Zimbabwe, yet Mugabe still claims that the Global Political Agreement is 'working' – certainly for himself. At the last count, war veterans were still invading farms, while MDC Roy Bennet has been kept out of office still to answer frivolous charges of imaginary banditry against a ZANU-PF government which itself has more than thirty thousand skeletons in its proverbial cabinet.

Third and lastly, two thirds of Zimbabwean citizens both at home and abroad have repeatedly, since 2000, expressed their resentment of Mugabe and ZANU-PF through the ballot box. Conversely, this means that there are more Zimbabweans who hate a ZANU-PF presence in the GNU than those who like it. Isn't it therefore timely that Robert Gabriel Mugabe bids us farewell to give Zimbabwe a chance to move ahead? If your imagination is as fertile as this writer's, you can hear him, on a day not far from now say: “My fellow Zimbabweans, I come to you today with two heavy hearts. One full of sorrow that I have had to retire from being your chief public servant but another joyful because what you commissioned me in 1980, the dream of majority rule and land ownership has been realised.” Really?

“Oh yes! I stand before you, proud that I leave a legacy of history against British and American imperialism. My party and I have over the years endeavoured to bestow to the children of Zimbabwe that which their forefathers lost to the gang of mercenaries deployed by one Cecil John Rhodes...” Notice that it is all about I, I, I!

“As I leave office today, my heart, though aching that things could have been better, knows that you appreciate the odds against which my government was pitted against. The evil forces of Western intransigence and cruel neglect of the basic principles of humanity! Nobody is perfect. The sour memories of regrettable events in Matabeleland cannot be expiated without self-introspection by those who were on the wrong side of the law...” Good Lord, he is never going to accept responsibility! “But to those of us who lived through that cruel experience, we are clear in our minds and conscience that it was beyond our control since it looked expedient at the time.” I see,expedient.
“Let us not today, throw away the baby with the bath water. The gains that we have made by acceding to popular demands to unite under the framework of the Global Political Agreement have to be preserved. Are we not brothers from the same kith and kin? I leave office today with a clean conscience that those who will come after me will learn from my mistakes and carry forward the truncheon– sorry– baton of revolutionary awakening to the end of our grueling races against racist forces of the British tyranny.”

How possible is that a man who has presided over the highest child mortality rate, highest inflation rate, highest decline in GDP, highest unemployment rate, highest decline in school enrolment, highest influx of economic refugees in South Africa and many other 'highests' – never admits he was wrong? How is it that those who lost their children, brothers and sisters in violent elections can never have a chance to respond? The answer is simple: he is still protected by those who benefit from his patronage. When their faith and confidence in him wane, and the taps of patronage run dry, Mr. Mugabe will be left all alone, with no choice but to exit gracefully from the throne of tyranny.

Mr. Rejoice Ngwenya is President of Zimbabwean think tank, Coalition for Liberal Market Solutions, an affiliate of www.AfricanLiberty.org and a supporter of the Zimbabwe Papers. Download the Zimbabwe Papers at http://www.africanliberty.org/pdf/zimbabwepapers.pdf