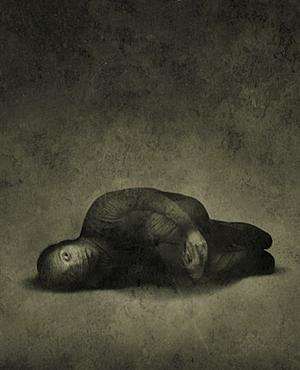 Being the spiritual creatures that we are, our human emotions tend to drive much of our attitudes and behaviours. Love, joy, anger, disappointment, and a host of other emotional states affect our demeanour and our actions in various ways. In fact, our capacity to achieve anything in life is often a function of how well we handle and manage our emotions – a phenomenon sometimes referred to as 'emotional intelligence'.

Our emotional states and how we deal with them come down to the sort of people we are – based on our beliefs, values, and motivations – and the key to understanding others is the ability to work out what their fundamental drivers are.

A great inhibitor and motivator
Fear is among the most potent of human emotional states. We often underestimate or understate the impact fear has on us. History is replete with many significant events that were instigated or propelled by fear; it is often at the root of many unfortunate and undesirable outcomes that result from actions or inaction.

Being afraid – of a thing, a place, people, or outcomes – is intensely limiting. It can prevent us from entertaining possibilities and conceiving ideas. In so doing, fear can prevent us from trying, without which there can be no doing and, subsequently, no succeeding. Fear can also be a motivator; but its motivational qualities often drive us to do things in a way we otherwise wouldn't. This can then lead to mistakes, inefficiencies, and other negative outcomes.

The impact that fear has on us is not always obvious, nor is the fact that it is often the underlying driving force behind much of what we feel and do. It can influence from anger and disappointment, or cause depression.

People have been tormented – many have died – and wars have been waged because of fear. The US-Soviet cold war came down to fear; that is, fear that either might be attacked by the other. Today, we are seeing governments of centuries-old Democracies attempting to use fear – founded on terrorism – to introduce draconian legislation and mechanisms to gain more control over their people.

The following selected examples of human experiences are all rooted in various forms of fear:

Even worry is a form of fear – a fear that the situation about which the subject worries is unlikely to get better. It is little wonder recent research has found that people of faith tend to suffer less from mental and psychological illnesses; they reduce this likelihood by 'passing on' some of their fears and concerns to their God.

Fear can be 'healthy'
Fear is not all bad; we experience it for a reason. It has a motivational capacity which can make us do certain things that ultimately result in some benefit or positive outcomes. A crude example is how a fear of snakes may prevent a person from becoming a victim of a fatal snake bite. Fear may have limited the range of his experiences – i.e. prevented him from interacting with snakes – but it may ultimately have kept him alive. Similarly, a fear of failing an exam may drive a person to settle down and actually prepare well for it. This is what is sometimes referred to as 'healthy fear'.

Fear is, ultimately, part of the human equation. It plays a pivotal role in warning us about dangers. Balance is key. When the 'pendulum of fear' swings too far in the direction of recklessness, the result is danger, damage, and senseless risk-taking. When it goes too far the other way, the result is ignorance, superstition, and stagnation. Neither extreme is conducive to well-being, development, and sustainable growth.

Fear becomes bad when it dominates and controls, especially where it is irrational. The ability to properly manage fear – knowing when and how to channel it – is an important skill which sets great achievers apart from the rest of us. It is an ability that is usually only developed in the right sort of environment, with appropriate drivers, and under the right leadership.

Africa's 'culture of fear'
When my siblings and I were young, our father told us a story about a how solitary soldier held his sizable hometown to ransom for weeks. This soldier got his way all the time, despite some excesses and misdeeds, because people were afraid to challenge or confront him. Basic that this anecdote is, I believe it epitomises a culture of fear that exists in some parts of Africa. The sad truth is that this 'culture of fear' – evident in attitudes, behaviours, and actions – has limited the development and growth of those communities.

I've often asked myself if some Africans are inherently afraid of risk-taking, or if their preference of 'playing it safe' is the result of unfortunate historical developments and poverty. There are many seemingly risky challenges that some of us completely shun. Many of us appear to have a propensity for 'healthy fear'; our 'pendulum of fear' is stuck at the cautious end. We try to avoid anything that smacks of danger or 'pain'. Unfortunately, those who are controlled by fear are easy to dominate, lack creativity and innovation, tend to be risk and change averse, and are less adventurous.

Many eminent and intellectual Africans believe this 'culture of fear' – where it does exist – is a consequence of poverty. While I accept that poverty is a key contributory factor, I believe the issue goes deeper. It is highly unlikely a man will head off to scale the heights of Kilimanjaro when his children are starving – but we have a sizable proportion of very wealthy people, few of whom would consider it. I think it is cultural, and has come about as a result of many developments over the ages.

Africans are admirably spiritual, a quality that makes us very open to the supernatural and to superstition. We therefore have a deep-seated fear of death – particularly where we see it as 'worthless'. Our wise fore-parents conjured up many 'old wise tales' to protect, encourage socially-acceptable behaviour, and prevent undesirable excesses. Over time, some of these became superstitions – some of which are still in effect today. In some parts of Ghana, for instance, fishermen do not fish on some particular days. Then there is the impact of slavery. I can only imagine the fear that would have gripped a relatively 'innocent' people as they witnessed the devastation of firing guns and blasting cannons. This would have been compounded by the unwilling departure of some of the more able among them.

Against this backdrop, the efforts and achievements of our historical greats – such as Yaa Asantewaa and Nelson Mandela – are truly exceptional. Interestingly and fortunately, new ideas, education, exposure to other cultures and people, globalisation, and modern technology are all contributing to a turnaround.

Conquer fear, reach for the skies
A wise person once uttered immortal words to the effect that 'courage is not the absence of fear, but the resolve to go on in the presence of fear'. We cannot do away with some of our human afflictions, but we can manage them and make ourselves better people in the process. Life's dangers and risks are here to stay – they coexist with us – but our approach to dealing with them determines the extent of our successes and failures. Those who 'conquer' – or better manage – their fears, are often those who go on to achieve great things.

Few people in history – if any at all – have achieved anything worthwhile without facing their fears head-on and taking some risks. In his bid to become 'leader of the free world', Barack Obama had to do away with any fears and concerns about racist feelings and sentiments first. Nelson Mandela knew what the consequences of his freedom fighting could be, yet he strove on and spent 27 years in prison for it. Martin Luther King suspected he would be assassinated, but that didn't deter him from pursuing his dreams of a better world.

As we strive to develop and grow our communities and limit the effects of poverty, we must also develop appropriate environments and platforms for our people to grow and thrive. Good leadership, free-flow of information, and effective education are critical. Africans should be encouraged to think outside the box, challenge constraining conventions, and take calculated risks.

Leadership is not just about being a boss and directing affairs; leaders should also inspire, mentor, support, encourage, and develop. A higher quality of human capital – alongside leveraging modern technology – is the key to African development, and our 'culture of fear' must give way to one of ideas, creativity, and innovation.