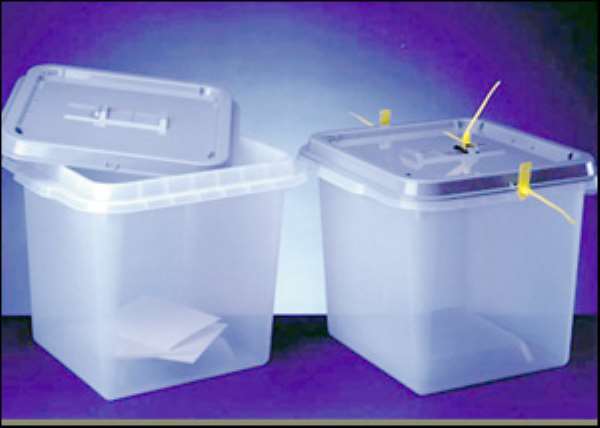 Ballot Box A Koforidua High Court presided over by Justice G.S. Suubaareh yesterday upheld a preliminary objection raised by counsel for Baba Jamal, parliamentary candidate of the National Democratic Congress (NDC) for Akwatia who is contesting the results of the December 7 parliamentary elections in the constituency.

This was after the Electoral Commission (EC), which is the defendant in the case, applied to the court to consider the case as incompetent.

The EC which is being represented by Edward Armah applied to the court to strike out a writ by Baba Jamal and the two independent candidates for the Akwatia parliamentary elections, Basil Ahiable and Samuel Abrokwah who are praying the court to order a complete re-run of the parliamentary elections in the constituency as a result of the alleged electoral fraud which took place at some of the polling stations in the constituency.

On December 7 2008, some machomen alleged to be supporters of Baba Jamal stormed six polling stations at Akwatia and seized some ballot boxes and disrupted the voting process in those polling stations.

The court thought the EC's application was out of time and therefore decided that the case be made to run its full course.

The judge appealed to all stakeholders in the case to show commitment as a result of the importance of the case to ensure that the case is expeditiously dealt with.

The court set Wednesday January 28 for the hearing of the case.

Meanwhile, an application by the New Patriotic Party (NPP)  parliamentary candidate for the elections, Dr Kofi Asare to join the case as co-defendant has been granted by the court.

Counsel for Dr Asare are Kwasi Amoako Adjei and Francis Polley while the NDC candidate and the two independent candidates are being represented by Tony Lithur, Carlos De Souza and Nancy Amartefio.