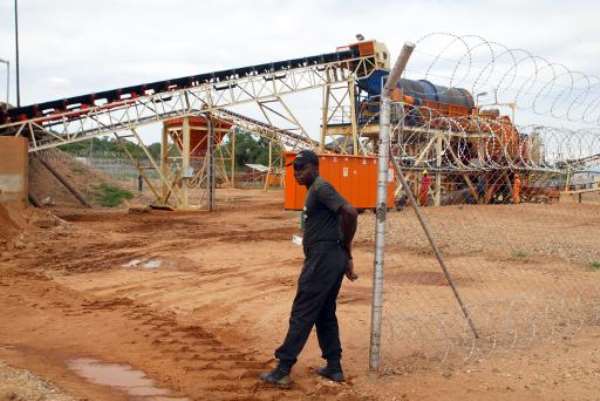 Harare (AFP) - Zimbabwe Mines Minister Walter Chidhakwa on Thursday unveiled a plan to merge the country's diamond mining companies in the troubled Marange fields, in a bid to curb illicit trade in the gems.

A total of six companies operating in Marange, in the eastern Manicaland province, including one wholly-owned by the state would be folded into a single entity.

"Diamond mining is a very sensitive area which needs government to control it," Chidhakwa told a parliamentary committee.

"That is why we are proposing that we have one company."

Companies have been given until Monday to consult with their boards of directors on the directive.

"This is a regulatory matter and we have said to them the only way you can participate in diamond mining in Zimbabwe is by being in this company," said Chidhakwa.

"We are going to come up with one labour force and one chief executive officer of that one company after consolidation. If you don't want to be in this company we will have to work out ways... methods of parting ways."

Chidhakwa said authorities did not want a similar destabilisation caused by diamonds in west African countries, where government had no control.

Zimbabwe's diamond industry has been tainted by reports of rights abuses including the killing and torture of unauthorised miners at Marange.

Reports of abuses resulted in the ban of export of gems from Marange in 2009. The ban was lifted in 2011.

In recent years, the government has pinned its hopes on the diamond industry to shore up the moribund economy but was forced to revise its projections downwards as earnings fell short of the anticipated gains from gem sales.

Diamonds were discovered in Marange in 2006, drawing in thousands of small-time miners hoping to get rich quick.

The army cleared the area in late 2008, when Human Rights Watch says more than 200 people were killed.