Why I Didn’t Celebrate Christmas - By Ugochukwu Ejinkeonye 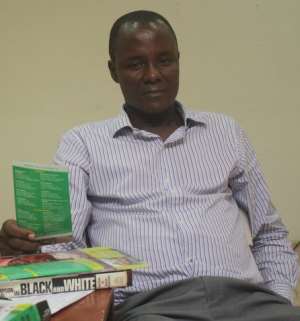 On Thursday, December 25, 2008, what is generally termed 'Christmas Day' was marked across the world with din, pomp and fanfare.

But in my household, it was just another Thursday. The reason was quite simple: I do not believe that December 25 is the birthday of our Lord and Saviour, Jesus Christ. In fact, what my research has shown is that, just like Easter before it, this clearly heathen feast called Christmas, rooted in hideous idolatrous observances, predates the coming of Christ to this world in human form.

For several years now, therefore, I have continued to disregard Christmas. I do not even play Christmas carols. I do not give or receive Christmas cards. I may, however, receive a card, just to avoid offending or embarrassing the giver, but once he looks the other way, I throw it into the nearest dustbin.

The 1911 edition of "Catholic Encyclopaedia" states that 'Christmas was not among the earliest festivals of the church the first evidence of the feast is from Egypt.'

No doubt, Christmas is one of the prominent irremediably polluted 'children' that emerged from the very ungodly marriage between a distorted and depreciated form of Christianity and (Roman) paganism many years after the death of the Apostles of Christ and the genuine Christians that took over from them.

Although the pagan worship of the SUN god had gained prominence in several parts of the world long before the birth of Christ, and had permeated and gained wide acceptance in imperial Rome, it was Emperor Constantine's Edict in 321 AD which ordered the unification of the mostly apostate Christians and the pagans of that period in the clearly abominable observance of the 'the venerable day of the Sun' that increased the influence of Christmas Celebration in the Roman church. What has, however, become clear, judging from historical accounts is that Emperor Constantine may not have truly become a Christian.

My internet searches the other day yielded an article which rehearsed what many of us already know, namely, that '25th December was celebrated in ancient days as the birthday of the unconquerable SUN god, (variously known as Tammuz, Mithra, Saturn, Adonis or BAAL) centuries before Jesus Christ was born in Bethlehem[but] in order to win Gentile convertsthe Roman Church, centuries after the Apostolic era, adopted this ancient winter festival of the SUN god and renamed it Christmas.'

And According to Alexander Hyslop, in his book, "The Two Babylons" (p.91), 'within the Christian Church no such festival as Christmas was ever heard of till the third century, and that not till the fourth century was far advanced did it gain much observance.'

Indeed, all those who celebrate Christmas are unwittingly honouring and worshipping the devil in whose honour it had always been observed, instead of Christ, the Saviour.

The SUN god was known and worshipped in ancient Babylon as the son of the 'Queen of Heaven.' Remember that God had clearly warned the backslidden Israelites of Prophet Jeremiah's time to beware and never worship this 'queen of heaven' or they would face His wrath. And when the Israelites of that time insisted that they would go ahead to worship the queen of heaven despite God's injunction, He pronounced a severe punishment to them. (See Jeremiah 44: 17-27).

This queen of heaven, a terrible demon and enemy of God, had always sought to get the world to worship her instead of God. She had appeared under several names in several places long before Christ was born in the flesh. In Acts of Apostles, for instance, we saw her as Diana of Ephesus, which was always identified with the Greek Artemis. As little Roman Catholic children attending Catechism and Block Rosary meetings, we were told a very beautiful story of how the 'queen of heaven' had appeared to little children in Fatima in 1917.

To be fair to this demon, and according to the Fatima story, which became the subject of a very pleasant Igbo Catholic song, she had introduced herself truly as the 'queen of heaven.' I think it was some misguided and overzealous fellows that declared her to be Mary, the mother of Jesus! And since then, in other apparitions in several other places, she has been trying to act like she is Mary, thereby drawing more worshippers. You see, humans can at times teach spirits wisdom!

Michael Harrison, in his book, "The Story Of Christmas", reports that in 'in a famous letter to Augustine, Pope Gregory directed [him] to accommodate the ceremonies of the Christian worship as much as to those of the heathen, that the people might not be startled at the change, and in particular, the Pope advised Augustine to allow coverts to kill and eat at the Christmas festival a great number of oxen to the glory of God, as they had formerly done to the Devil!' Indeed, this papal directive to marry pagan practices with Christian worship was a very strong pollutant, the fruits of which the unwary have embraced today to the damnation of their souls.

But nobody would be excused because the Bible is there as the most authoritative guide to salvation and worship of God. Moreover, history books are replete with accounts that the same excessive revelling and drunkenness that marked the feast of the SUN god on December 25 long before Christ was born in Bethlehem are exactly the same unedifying preoccupations that dominate the celebration of Christmas today. Certainly, there is no way Christ can be associated with it.

Barbara Aho, in her article, 'Cosmic Christmas: Rebirth of the Sun God,' says: 'In the fourth century, the Emperor Constantine designated December 25, the birthday of the Roman Sun-god Mithra, as the birthday of Jesus Christ, thereby placing the true Savior among the pantheon of Roman gods. Constantine succeeded in drawing Christians into the pagan celebrations of Rome, which procured the religious unity needed for the success of the Holy Roman Empire. The empire dominated the world for 1,200 years until the 16th century, when the Protestant Reformers led 2/3 of Europe to break away with the Roman Catholic Church and discontinued the celebration of Christmas by reason of its pagan character. The Puritans who controlled the English Parliament in 1644 declared that no observation of Christmas was permitted, calling it 'The Profane Man's Ranting Day.''

Also, the famous English preacher, C.H. Spurgeon, had this to say as recently as 1871: 'We have no superstitious regard for times and seasons. Certainly, we do not believe in the present ecclesiastical arrangement called Christmas.'

On December 23, 1983, 'USA Today' newspaper reported that 'A broad element of English Christianity still considered Christmas celebration a pagan blasphemy. The Puritans, Baptists, Quakers, Presbyterians, Calvinists and other denominations brought this opposition to early New England and strong opposition to the holiday lasted in America until the middle of the 18th century.'

Indeed, it was when depreciation and compromise began to set in that people whose forbears had opposed this heathen feast began to return to it. But it was not only Christmas that the depreciation brought. Of recent, for instance, some pastors of some so-called Bible-believing Churches have begun to don priestly robes, complete with skullcaps and the mitre! Just for them to be addressed as Bishops! What a horrible period of great apostasy! (Matthew 24:12).

Truth is: Christmas has no Scriptural backing. The Apostles did not observe it. It is a product of a most hideous compromise. Indeed, no matter the good intentions that led to this unholy marriage that produced Christmas, it is still a heathen feast, in honour of the devil.

When Aaron made the golden calf for the Israelites at Mount Sinai, he had still proclaimed the celebration that attended its inauguration the 'feast of the Lord.' (Exodus 32:5). Yet, this did not prevent the wrath of God from falling upon them. The name Jeroboam, the son of the Nebat, is always accompanied with the statement, 'the man who made Israel to sin,' each time it is mentioned in the Bible. The Bible said he had 'ordained a feast in the eight month like unto the feast in Judah' (I Kings 12: 32), when he wanted to prevent the Israelites from rebelling against his kingship. An entry in the famous Matthew Henry's Commentary states: 'Though it is probable [Jeroboam] meant this worship for Jehovah the God of Israel, it was directly contrary to the Divine majesty, to be thus represented.'

A historical record observed that 'the point of departure for every major apostasy in Israel and Christendom involved the commingling of worship of the true God with worship of the Sun-god.' In fact, Aaron's golden calf and King Jeroboam's pagan worship have all been proved to be in honour of the Sun-god. Just as Christmas is! And God's attitude towards them can only be the same.

A Scottish writer was right when he said: 'Christmas is still a pagan festival through and through. Its change of name from Saturnalia, the birthday of the Sun god, to Christ's Mass [Christmas] has not altered its true character one iota: and the evil spirit behind its celebrations still produces the deception, debt, drunkenness, misrule and licentiousness that characterized the pagan revelries of bygone days.' Indeed, all other accompaniments like Christmas tree, Christmas log, exchange of gifts, etc., are direct carry-overs from the celebration of the birthday of the Sun-god as history reports it.

But the question is: do we even need to commemorate the birth of the Saviour to obtain salvation? The answer is obvious, and it is NO!

Again, could Christ have been born on December 25? Well, there was just no way those shepherds the angels met on the day He was born could have been 'in the field, keeping watch over their flock by night' (Luke 2:8) in the killing cold of winter.