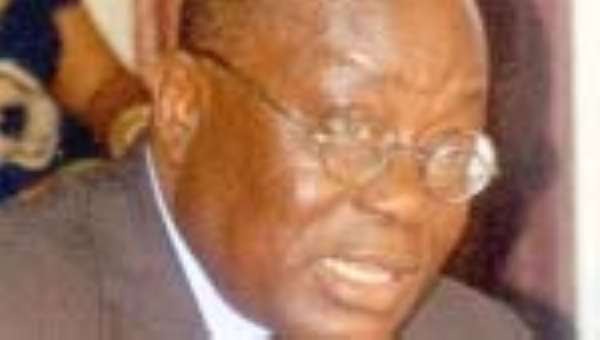 The Asantehene, Otumfuo Osei Tutu II has appealed to political leaders to avoid self-centredness and seek the welfare of the masses.

He reminded politicians that leadership was all about service to mankind, and therefore urged them to work hard to enable the country to achieve its development goals.

Otumfuo Osei Tutu made the call when Nana Addo Dankwa Akufo-Addo, flagbearer of the New Patriotic Party (NPP) for the 2008 elections, paid a courtesy call on him at the Manhyia Palace in Kumasi on Thursday.

The Asantehene called on political leaders and activists to promote unity and deepen good governance devoid of antagonism, tribalism and favouritism.

He expressed worry that some politicians were sowing seeds of discord among Asantes and Akyems, and cautioned such people to refrain from the smear campaign.

Otumfuo Osei Tutu said, "Asantes and Akyems are one people, so is myself and the Okyehene," adding that he and the Okyehene belong to the Oyoko clan, and this makes it possible for them to fraternize as brothers of the same family.

He said traditional rulers were above partisan politics and under no circumstance should politicians draw them into political affairs since that could tarnish their hard-won reputation as well as progress of the chieftaincy institution.

Otumfuo Osei Tutu commended Nana Akufo-Addo for his contributions to the political development of the nation especially under the fourth republic.

The Asantehene urged Nana Akufo-Addo to involve the other 16 candidates in his campaign activities to enable him achieve his aims.

Otumfuo Osei Tutu told Nana Akufo-Addo: "The task ahead of you is enormous as you will be competing against some political giants in the National Democratic Congress (NDC), and Convention People's Party (CPP) among others. The onus therefore lies on you to consult with the other losing candidates to patch up all differences and seek their support to enhance your campaign."
Nana Akufo-Addo commended the NPP delegates for giving him the mandate to lead the party in the 2008 elections.

He promised to work within the confines of the United Party (UP) tradition and to uphold the ideology of the NPP in his campaign.
Mr Akenten Appiah-Menka, a member of the Council of Elders of the NPP and some leading members of the party accompanied Nana Akufo-Addo to the Manhyia Palace. GNA