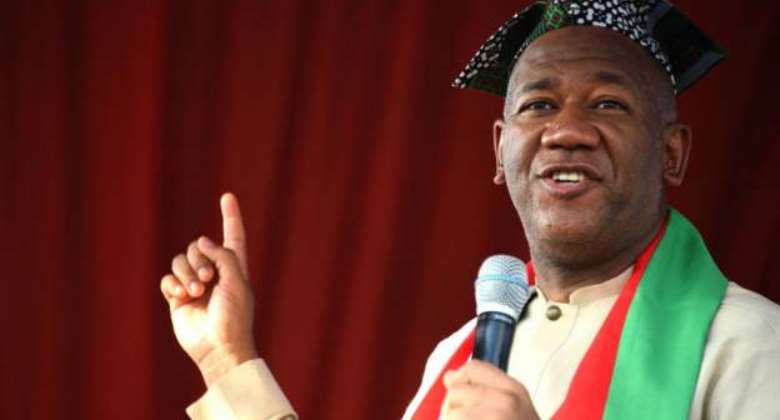 When the presenter asked him about fake news targeted against him, Mr Baba-Ahmed, described it as “uncivilised, undemocratic and unpolitical” and said his personality, as well as that of others, was being attacked.

“Me and my family have been paying a huge price for, you know, my attempts to save Nigeria,” he added.

“They sent all sorts of people after me. I would have been happier if they stopped at me as an individual,” he said.

He went on to say that people have started to insult his late father, since his run for high office.

His voice then gets audibly shaky as he repeats that it is “a huge price”.

He subsequently walks off the podium. Nigeria’s presidential election takes place on 25 February. Peter Obi is running against two big-name rivals – Bola Ahmed Tinubu from the ruling APC party and Atiku Abubakar from the PDP party.