Suspects in court over killing of Kenya LGBTQ campaigner 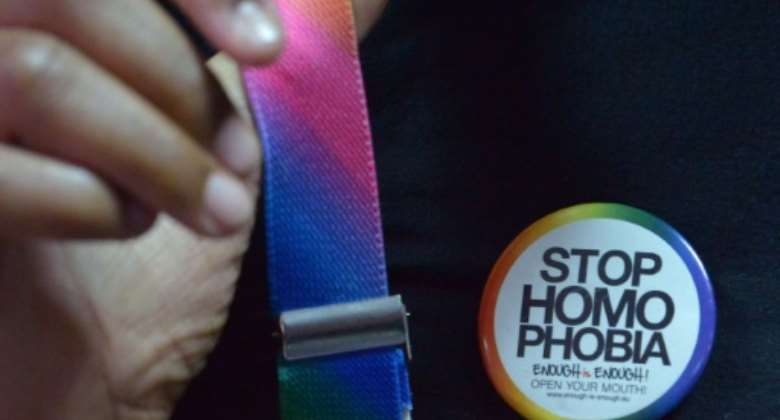 Rights campaigners have called for increased efforts to protect members of the LGBTQ community. By SIMON MAINA (AFP/File)

Five suspects appeared in a Kenyan court on Monday over the death of a prominent LGBTQ campaigner as police continue to investigate the gruesome killing.

The body of Edwin Kiprotich Kipruto, popularly known as Edwin Chiloba, 25, was found last week stuffed in a metal box on a roadside in western Kenya in a case that has drawn condemnation from rights campaigners at home and abroad.

The five suspects appeared in court in the Rift Valley town of Eldoret but did not enter pleas. Senior principal magistrate Richard Odenyo ordered them to return to court on January 31.

The suspects include freelance photographer Jacktone Odhiambo, who was reportedly a lover of Chiloba and is accused of killing him.

The four others are accused of helping Odhiambo dispose of Chiloba's body which was found 40 kilometres (25 miles) outside Eldoret, police said in court filings seen by AFP.

Police said they had impounded the car believed to have transported the metal trunk the body was found in but it "is yet to be subjected for forensic examination".

They also asked the court for more time to review the CCTV footage of a club where Chiloba -- also a model and fashion designer -- and Odhiambo had been seen partying before the violent killing.

"The case has generated a lot of interest from the public and it is likely that the suspects will be harmed if they are released on police bond," senior public prosecution counsel David Fedha said in court filings.

While the motive of the killing has not been established, members of Kenya's LGBTQ community often face harassment and physical attacks in the predominantly conservative Christian nation.

Homosexuality is taboo in Kenya and across much of Africa.

Attempts to overturn British colonial-era laws banning homosexuality in Kenya have proven unsuccessful, and gay sex remains a crime with penalties that include imprisonment of up to 14 years.

According to the Kenya National Commission on Human Rights, Chiloba's death followed the unsolved murders of several other rights advocates for sexual minorities, Sheila Lumumba, Erica Chandra and Joash Mosoti.

Chiloba's family is preparing for a burial next Saturday, according to media reports.