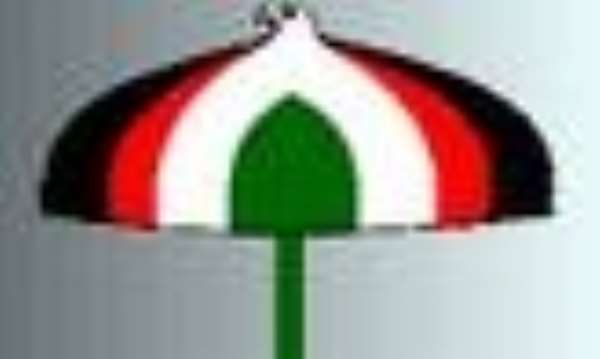 Though the National Democratic Congress (NDC) is yet to elect its presidential candidates, running mate controversy is gripping the party to the extent that the name of the former first Lady Nana Konadu Agyeman Rawlings popped up as the possible running mate to Mr. Eddie Annan, one of the aspirants.

But the aspirant, who is the Chief Executive of Masai Group of Companies, who is also reported to have been enjoying the blessings of the former first lady, has ruled out Nana Konadu Rawlings as a possible running mate.

His basis for ruling her out was because she does not come from any of the three Northern Regions, which goes to confirm some indications in the public domain that Northerners cannot be side-stepped in the command structure of the nation as far as the presidency is concerned.

"Obviously she is out of the equation. I cannot appoint her as my running mate because she does not come from any of the three Northern Regions," the NDC presidential aspirant told this paper in an interview recently.

Mr. Annan, who met the party delegates at Winneba, his own hometown, said after touring all the 230 constituencies that one of his prime focus when handed over the baton to lead the NDC, would be to transmogrify the barren fields of the NDC in the Central Region into a veritable zone, which could be best described as 'NDC's second world bank."

According to him, having toured all the constituencies, with his last point being Winneba, he would make everything possible to win all the 19 constituencies in the region for the NDC by creating more jobs and responding to the needs of the electorate in the region. He said the drift by party members to the New Patriotic Party (NPP) in the region was because the NDC has somehow neglected them in terms of development, which the NPP saw as one of the lapses of the former administration and capitalized on.

"I will make sure to provide them with jobs. Job creation is my main priority. We want to do it for the whole country. About 80% of the people in the Central Region are unemployed and I would do just that," he told this paper in an interview prior to his meeting with executives from six constituencies at Winneba on Wednesday, this week. Placing healthcare, education, agriculture and running the country like business-oriented nation, Eddie Annan, Chief Executive of Masai Group of Companies, told this paper that he is the best candidate to provide solutions not only to the nation but the people in the Central Region in particular.

He urged the delegates of the NDC to give him the chance and called on the masses in the country to massively vote for him to help solve the nagging problems, including strikes in the nation. According to him, he would ensure that adequate salaries are given to workers to avoid unnecessary strike actions, citing the current action of the National Association of Graduate Teachers (NAGRAT) as an example of what should be avoided.

"As a business oriented person knowing the plight of the people and the workers, I want to be the Chief Executive of this nation to give a better life to Ghanaians. I will sit down with the people to resolve problems with everybody," he declared. On what he would do specifically about education, this was what he said, "Education is a national priority and we need to restore quality in the classroom and school facilities and in the teachers.

"Polytechnics and Vocational Training Institutions must be encouraged, student facilities must be improved i.e. housing and learning facilities. Teachers' grievances need to be addressed effectively. Our best resource - the youth - must not go out to benefit countries that are already rich. In short, we need to curtail the brain drain."

He argued that due to political divisions and economic hardships there are a number of good Ghanaian business brains wasting or being used outside Ghana, stressing that should he be given the mandate, such moves have to stop. "We need every successful Ghanaian irrespective of his political affiliations on board."

On health, the confident aspirant said, "we should establish a private health Insurance company to offer comprehensive health insurance underwriting and management services." He underscored that such organization should be a joint-venture by entrepreneurs. "We need to go back to such private sector-led commercial concepts to develop this kind of health Insurance company."

Eddie Annan, who stated that the nation's hospital buildings and facilities are generally unsound for the delivery of healthcare to the extent that people are being denied emergency care at our hospitals, said, "the right plan is to develop and promote a series that will completely overhaul the healthcare system, with the ultimate objective of making it affordable, self sustaining and rewarding to the providers."

Beaming with joy and excitement, after meeting the last batch of the delegates, the aspirant, who hinted of recapturing all the seats in the Central Region for the NDC under his leadership, says, it would be unnecessary to want to bring back Dr. Obed Yao Asamoah, the former NDC chairman to the party's fold because of negative impressions he has created about the party.

According to him, Asamoah has misled the people by painting the NDC that give him major portfolios during its reign as a violent party, saying he would seriously engage in bringing back defectors who were misled by the former NDC chairman. To him, every large organization is bound to encounter some rough tendencies and that to use that, as basis to taint the party, was unfortunate.

Optimistic as he was, he stated that there was no candidate in the presidential race that poses a threat to him, adding, "After I have toured all the constituencies with a little round up in Greater Accra, I am confident that the delegates will vote for me come December." After his meeting with the delegates at Winneba, where he was given a rousing welcome, he told the press that corruption in the country was as a result of unemployment and poor remunerations. He said under his NDC-led administration corruption would drastically reduce because he would provide jobs and ensure that proper salaries were paid workers. Again, he said he would place women in various positions to ease the spate of corruption in the nation.