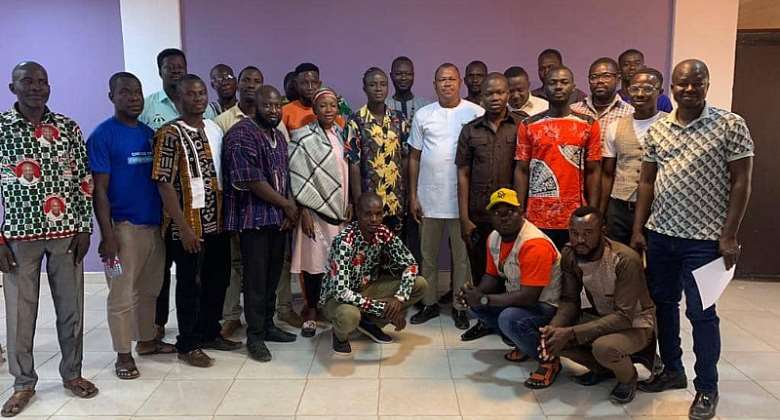 The training program was described as the first of its kind to be organized in the Binduri Constituency, which is the only Orphan Constituency in the region.

Meanwhile, addressing participants at the capacity building workshop, the Constituency Communication Officer Mr. Jambeidu said “We need to come together to brainstorm to see how we can work as a team because a Communication team is not an individual work”.

“So, I realized that we needed to have some sort of training,” he noted

Meanwhile explaining a little about the number of communicators, Mr. Jambeidu said, "there are some here already who are members of the communication team and others are joining and in this particular training, people even ask about the numbers. We are going to have two sections under the Communication Bureau. We have a communication team that will go on the radio and do other social media work and we are going to have a research team under the same Communication Bureau because without research, without information we cannot talk about the party achievement much and the research will have a lot of work to do.”

He further stressed, “We have to nose within our zones to identify the project NDC have done when we are in government but by next year God willing, we should have a brochure for the constituency that will tell us whatever the NDC has done, so that as a Communication team members when you are going on radio to speak, you will have a working tool”.

Mr. Jambeidu was confident that with evidence-based Communication on both radio and social media regarding Binduri Constituency recapturing the lost seat back from the governing NPP is highly possible.

However, Mr. Abdallah Jonathan Salifu was supported by Mr. John Paul Danka and Yussif Otumba, both of whom are members of the Upper East Regional Communication Bureau.