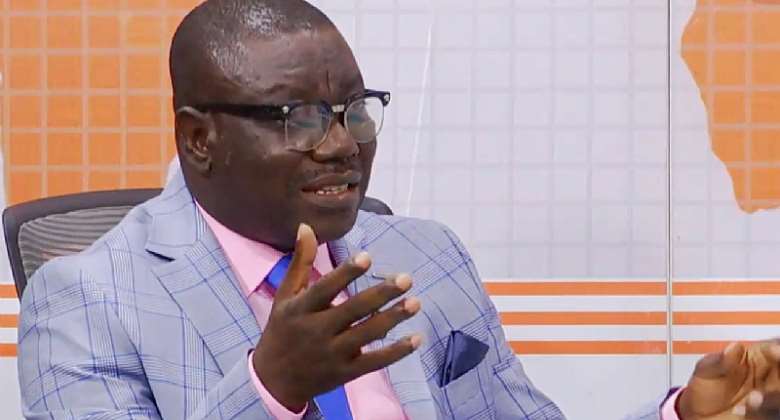 A Deputy Ranking Member on Finance Committee in Parliament, Isaac Adongo has taken a swipe at government, following its announcement on cut in hampers, diaries and notepads usually printed by Municipal Metropolitan and District Assemblies (MMDAs) and State Owned Enterprises (SOEs).

Mr. Adongo stated that the country’s problems are way bigger than the cut in these frivolous items announced by the Finance Minister in the 2023 budget statement, on November 24, 2022.

He said the government failed to announce measures put in place to cushion Ghanaians against the hardships they are faced with.

“Ghana’s problems are not about cut in diaries and note pads printing, an economy where people’s businesses are collapsing, an economy where people are struggling to keep their families together. You will have a government that says that I will still put my hands in your pockets, and take twice as I took in 2022, even if your businesses are dying, I don’t care… He came and announced cut in diaries, notepads, and hampers, is the problem of our economy about diaries and hampers?,” he asked on Eyewitness News.

He wondered why the government in its 2023 budget refused to cut down on expenditure, which has taken a toll on the ailing economy.

The Member of Parliament for Bolgatanga Central Constituency in the Upper East Region, fumed on the Eyewitness News, “ordinarily, you would have expected that the government will reduce expenditures, so that the little that it raises, it will be able to manage and get you out of your difficulty.

He stressed, “I have never seen this group of people before, it’s quite clear why the Finance Minister doesn’t want to move. I can’t see any economy in trouble that doubles its expenditure. When we ask you if you are going to cut down on expenditure, you keep talking about diaries, how do diaries and hampers solve our problems?”.

“Total Revenue and Grants is projected at GH¢143,956 million (18.0% of GDP) and is underpinned by permanent revenue measures – largely Tax revenue measures – amounting to 1.35 percent of GDP as outlined in the revenue measures. Mr. Speaker, Total Expenditure (including clearance of Arrears) is projected at GH¢205,431 million (25.6% of GDP). This estimate shows a contraction of 0.3 percentage points of GDP in primary expenditures (commitment basis) compared to the projected out turn in 2022 and a demonstration of Government's resolve to consolidate its public finances,” Mr. Ofori-Atta stated in the 2023 budget.