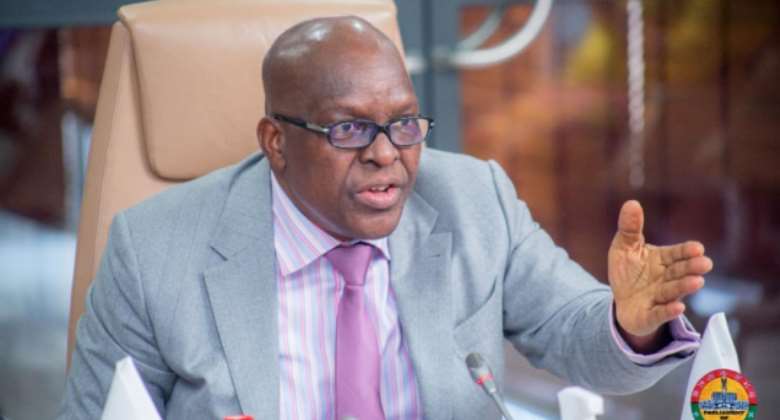 The twelfth of November 2022 will go down in history as a day of humiliation for the Speaker of the Ghanaian Legislature Right Honorable Alban Sunmanale Kingsford Bagbin in the Upper West Region, whose intrigues and political machinations, suffered a setback when all but two of ‘his candidates’ suffered crushing defeat in the just ended Upper West Regional National Democratic Congress (NDC) conference to select new leaders to steer the affairs of the party for the next four years.

The Speaker did not hide his intentions when he fielded candidates sponsored by him with money and vehicles with all the resources he can marshal at his disposal against people he knows to have the acumen to deliver goods come election 2024, but for his selfish and parochial interest which come first above any other considerations as a politician, the same character he has exhibited over the years.

But for the first time the Right Honorable Speaker has realized that he has lost all his grassroots leanings as all the candidates, he clandestinely sponsored in the Upper West Region were humiliated through open defeat. The Right Honorable Speaker of Ghana’s parliament has over the years made it his business to ensure that the ‘young shall never grow’ for him to advance his political career since he joined the NDC in the Upper West Region.

It was Sean O’Casey who said that and I quote, ‘Politics- I don’t know why, but they seem to have tendency to separate us, to keep us from one another, while nature is always and ever making efforts to bring us together’. That is exactly what the right Honorable Speaker of Ghana’s Parliament has been engaged in over the years since assuming the mantle of leadership in the Upper West Region starting as a young parliamentarian.

Nikita Khrushchev says that ‘Politicians are the same all over. They promise to build a bridge even where there is no river’. And this is exactly what the Right Honorable Speaker Alban Bagbin has been engaged in over the years. Politics of lies and vindictiveness has been his lot. A very shrewd politician with seeming ‘larger than life character’ he has used his God given position to ensure that people whom he came into contact with over the years remained where they are forgetting that the very God he worships takes care of the rest of the people he wants to lord it over. He has never made it a secret about his dislike for the former President of Ghana John Dramani Mahama and he is bent on reaching out to any fellow within the fold of the NDC, who knowingly or unknowing associates with the former President Mahama.

.And so the November 12th 2022 regional executive election in the Upper West Region was a litmus test for the Right Honorable Speaker to gauge his popularity if any is left for him. But the outcome of that election has finally shown the Ghanaian Legislative Speaker that any attempt to do any ‘dirty politics’ with the people of the Upper West Region is nothing short of last kicks of a dying horse.

In the run up to the regional elections, rumors were rife that the Speaker of Parliament has vowed to teach all those who did not support his ambition to become the flagbearer of the NDC in the last election a lesson and that all those who supported former President John Dramani Mahama including the newly elected Upper West Regional NDC chairman Abdul Nasir Sani (Bunas) must be shown the exit.

And true to his words the Speaker of Parliament Right Honorable Bagbin brought on board an unknown NDC person in the person of Abubakari Alhassan (Randy). The only clearly defined record he has been associated with is the position he ever held as the National Coordinator of school feeding during the last NDC regime.

The Speaker who harbors tribal sentiments in all his dealings did not take his time to check on his preferred candidate. Because he heard that the Abubakari Alhassan Randy hails from the Nandom area of the Upper West Region and that was enough for him since he was using the tribal card of he being a Dagaw (Dagati) to champion his political cause. Little did he know that Abubakari Alhassan Randy (Randy as a nickname) is a Wala man, born and raised in Nandom.

His only crime is the fact that he chose to back former president John Dramani Mahama and also the fact he was closely linked to one Sam Garba (Former GETFUND Administrator) who the Speaker of Parliament see as a sworn enemy. It is that simple and pure and nothing else.

The Speaker of Parliament does not forgive all those he considers to be political detractors or enemies. He engages in ‘shadow boxing’ spree to teach them a lesson. He will move heaven and earth and makes sure he gives them his kind of ‘punishment’ for ‘daring’ to cross the line. Such is the nature of the man many adore and see as a demi-god of a sort.

But allowing the figures to speak in the just ended regional executives elections it should dawn on the Ghanaian Parliamentary Speaker that his days of glory are over and that he should rather concentrate on how to build bridges and mend his ways because in our part of the world it is considered that old age comes with wisdom to assist the young and growing ones.

The Speaker has a master craft of sowing a seed of discord by manipulating every given process by using religion and tribal affiliations. For example, it is trite knowledge in the Upper West Region that there are schisms especially among the Muslim population of Orthodox Muslims and the Ahmadi Muslims. This Speaker of Parliament tried to use it to his advantage in trying to unseat the incumbent regional chairman Abdul Nasir Sani.

In his selection he carefully and deliberately chose Abubakari Alhassan (Randy) as an orthodox Muslim (don’t forget initially the name Randy made him to think that he was Dagaw (a Dagati Muslim) while Abdul Nasir Sani (Bunas) is an Ahmadi Muslim.

This wicked plan failed to materialize at the end of the day as the voice of the delegates in one chorus demonstrated to the Speaker that they live beyond reproach and sectarian religious interest and that the party they belong to matters more than any other consideration and in one unison they sounded this to him through their thumbs that ‘to hell with your religious and tribal sentiments.

Issahaku Nuhu Putiaha-185-the incumbent regional organizer. The Speaker accused this gentleman of supporting former president Mahama during the presidential race of the NDC and fielded his own man from the Nadowli Kaleo constituency and they managed to secure victory.

So far this regional organizer position and the deputy regional communication position being held by one Eunice Kaminta (rumors are rife that he is sponsoring her legal education) who polled 194 to beat one Alhassan sharifdeen who had 187 are now his only two known people among the regional executives to have won.

One of his chief architects in the game of tribal and religious activities within the fold of the NDC party was until now the defeated regional communication officer Prosper Puo-ire who had 179 to be beaten by Issah Kantagyere Isahaku who had 203 and it goes on and on. Prosper Puo-ire during his tenure as the regional communication officer had the penchant to disrespect all others within the fold of the regional executives especially with the backing of the Speaker of Parliament.

This particular election has shown clearly how unpopular the Speaker of Parliament has become with his divide and rule tactics in the Upper West Region.

In fact during the constituency election, he fielded his own man in the person of one Bartholomew Nambazing against one Sankara his arch-rival (don’t forget Sankara and others worked for the Speaker like bullocks only for him to dump them) who defeated Bartholomew Nambazing to clinch the Nadowli Kaleo chairmanship of the NDC

Interestingly, a story is told of how one Isaac Banige, one time a confidant of the Speaker of Parliament. This gentleman was so close to him that he had access to even his bedroom. At a point in time the Speaker made him his spokesperson.

Then this gentleman came to tell the Speaker of Ghana’s Parliament that he wanted to contest in the last election as communication officer for the Nadowli Kaleo constituency for the NDC. From his blind side, the Speaker fielded a candidate and resourced him against his own close confidant, Isaac Baninge which led to his painful defeat. He only realized it to too late. Now are they poles apart.

Such is the nature of the current Speaker of the Ghanaian Parliament. He has attained high position in the Ghanaian body politic at great human cost. His best method is to ‘use and dump’ and he has inflicted pain and hardship to many including those who were/are errand boys and girls executing most of his contract and ‘dirty’ jobs. His own kinsman Francois is now at the receiving end. They come from the same village of Sombo.

But it is important for the Speaker Right Honorable Alban Bagbin to learn that, ‘The man who murdered both his parents…pleaded for mercy on the ground that he was an orphan’.

The November 12th regional executives election organized successfully in the Upper West region of which he the Speaker of Parliament with a voting right refused to come to cast his vote, knowing very well that he had lost in advance should teach him a lesson as an elderly statesman, to mend his ways for ‘Reality is the leading cause of stress amongst those in touch with it’.