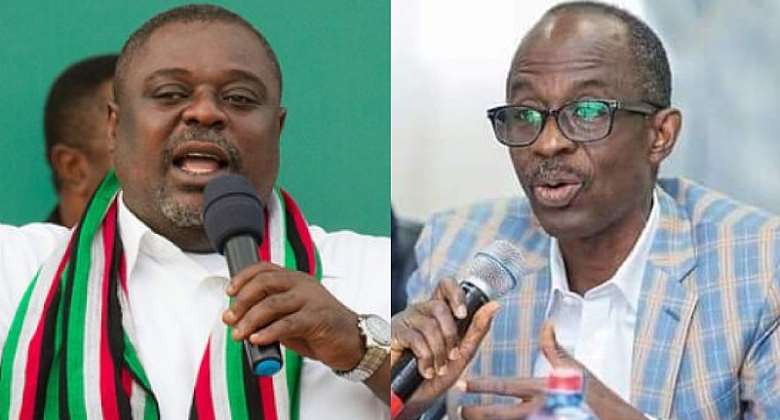 Samuel Koku Anyidoho, the founder and CEO of the Atta Mills Institute and former Deputy General Secretary of NDC is of the view that Johnson Asiedu Nketia becoming a chairman will be detrimental to the opposition party.

Koku Anyidoho said the current chief scribe Johnson Asiedu Nketia is the main cause of the party’s defeat in the 2016 general elections.

He stated in a tweet on Monday, October 3, seen by Modernghana News, that the NDC will collapse should Asiedu Nketia ever becomes the chairman of the party.

“Do you know how Asiedu Nketia orchestrated the defeat of the NDC in 2016? And he made sure we lost the TAIN seat? The day Asiedu-Nketia becomes Chairman of the NDC, that would be the burial date of the NDC,” he wrote.

The opposition party has begun internal elections which will conclude with the election of national executives on December 17 this year.

Mr. Samuel Ofosu Ampofo, the party's current Chairman is likely to be contested by Asiedu Nketia whose who is yet to officially announce his intention.