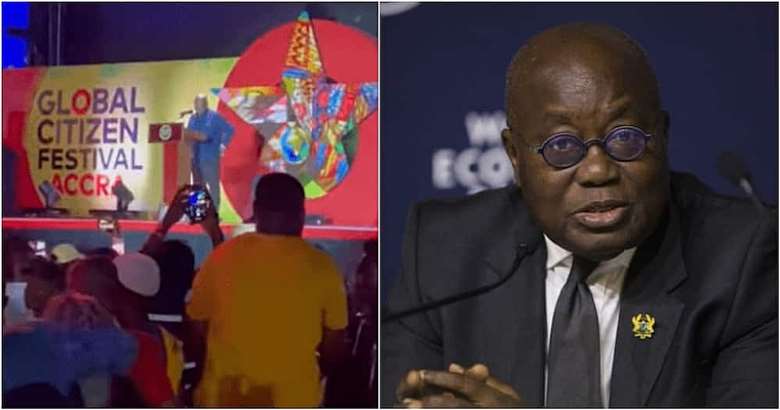 The unfortunate incident that transpired at the Global Citizens Festival over the weekend has been described as a warning to President Akufo-Addo and the ruling New Patriotic Party (NPP).

According to Democratic Youth for Competent Leadership (DYFCL), the booing of the President should be a wake-up call to the NPP to start preparing their handing over notes to the opposition National Democratic Congress (NDC).

President Akufo-Addo was booed by the overcrowded participants who were chanting 'Away, Away, Away' when he was called on stage to read his speech.

The unhealthy development has stirred controversy as most Ghanaians seem to be in support of the booing, as they insist the President and the NPP have failed Ghanaians in managing the economy.

The NPP Deputy Communications Director, Owusu Bempah has however, accused the main opposition NDC of being behind the incident just to embarrass the President.

But a statement by DYFCL has advised the President and NPP to see the current development as persistent anger of many Ghanaians due to the high cost of living people are going through in the country.

The statement also indicated that the NDC is surprised to see Government and party communicators blaming the Party instead of reflecting back on promises made prior to the 2016 and 2020 general elections.

"It is now clear that the NPP and President Akufo-Addo has woefully failed Ghanaians and we think it is time to show remorse and apologise for poor management of the economy instead of trying to defend the unthinkable," the group emphasised.