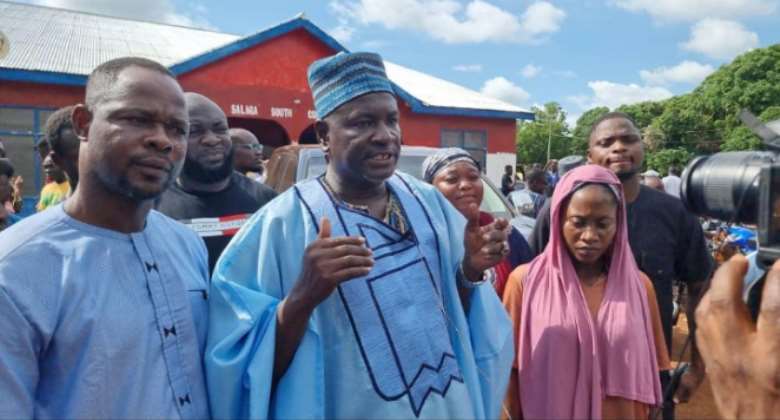 The Regional Chairman of the New Patriotic Party (NPP) for Savannah Region, Alhaji Iddrisu Sulemana Kalamonia has cautioned members of the party in the Salaga South Constituency not to take the NDC for granted.

He said the seeming lack of cohesion among them could make the NDC have it easy.

Professor Kalamonia as he is affectionately called, said this on Saturday, September 24, 2022, when he attended an award ceremony organized by the Salaga South Constituency Secretary.

He said the seeming apathy among NDC members in the Constituency should not be a yardstick for members of the ruling NPP to think that it will automatically culminate in the party wining back the parliamentary seat they lost in the 2020 elections.

He therefore called for members of the party to stay united and work together as a team to win back the parliamentary seat come 2024.

The Regional Chairman also assured them of his continuous support to enable them discharge their core mandate to accelerate the interest of the party.

The awards scheme which is the brainchild of the party's constituency secretary is aimed at rewarding committed and hardworking polling station executives, electoral area Coordinators and other party faithfuls.

In the company of the Salaga South Constituency Executives, Alhaji Iddrisu Sulemana Kalamonia later inspected an ongoing Rural Electrification Project at Kalampur in the East Gonja Municipality of the Savannah Region.

In a brief address, he assured the chiefs and people of the community that Government remains committed to delivering its promise of connecting them to the national grid to propel socioeconomic activities in the area.

Residents of the community expressed appreciation to the NPP Government for taking practical steps to get them electricity which had eluded them for many years.

Inflation will remain high till the end of first quarter of ...
46 minutes ago