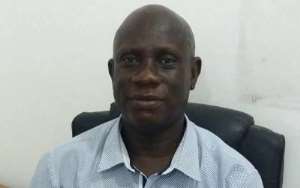 I JUST returned from Tamale and Kumbungu with pain, anger and sadness firmly etched in my heart. In fact, I am hunched with sorrow as I write this piece. I am writing a topic I always shudder to broach in order to maintain the unity of the NPP. I am forced to do what I am about to do because of some irresponsible behaviour of a few people in the Ashanti Region who ignorantly think the NPP belongs to the Ashantis, so they can do whatever they want to do, damn the consequences. The people of the Ashanti Region should be made to understand that the region is not synonymous to mother Ghana. It is just one out of sixteen regions where we have dye in the wool NPP supporters as well. People in the Ashanti Region should not live in a fool's paradise. That is, if they are not only living in that situation already.

And of course, what I heard when I interacted with some NPP stalwarts in the north when I visited there recently is among the reasons why I am on this tangent. Party supporters in the north are very angry because of what supporters of the party in the Ashanti Region did. Wherever I went, Hopeson Adorye's irresponsible comment was so distasteful to them that if the man goes up there in the north, he will be literally skinned alive. The people feel betrayed with some of them vowing to vote against the NPP. We must not underrate the role the supporters of the NPP in the northern regions played to bring the NPP this far. The place used to be one of the World Banks of the NDC when Rawlings was in power. Former President Kufuor and the late Vice President Alhaji Aliu Mahama worked so hard to bridge the gap and Nana Addo and Dr. Bawumia capitalised on the performance of Mr. Kufuor and Alhaji Aliu Mahama to cement the covenant only for Hopeson Adorye to turn the apple cart upside down. No wonder the NDC calls him “Hopeless” Adorye. Just see how the NPP votes in the northern regions have been appreciating since the Kufuor era. If a person at his age cannot think before speaking, then such a person's place is the psychiatrist hospital at Pantang.

The acronym, NPP originated from the Northern Peoples Party, a party formed in the Northern Region to fight Dr. Nkrumah's tyranny. Those were the days of Dombo, Tedam, Karbo and other Northern stalwarts who boldly took the bull by the horns at the risk of spending their lives in Nsawam Maximum Prison. This party later joined hands with the National Liberation Movement led by Okyeame Baffour Osei Akoto and Professor Busia and others to form the United Party (UP) which mashed it up with Dr. Nkrumah in those days of blood and iron. As for the Big Six, they brazed the trail in our fight for independence, but when Dr. Nkrumah became president and started his bitter fight against his opponents, it took the UP to take him on. This is just a little bit of history for you, the young man and woman who were born too late (and they are in great numbers) to know what happened before the Progress Party (PP), the Popular Front Party (PFP) and of course, the New Patriotic Party (NPP) were formed. Ask the living Prison Graduate (PG) of the UP Tradition, J.A Kufuor.

One month before the NPP National Delegates Conference held at Kumasi in the Ashanti Region, posters and billboards of Mr. Alan Kyerematen and Dr. Bawumia took over all available spaces at the conference grounds at the Heroes Park. The leadership of the party foresaw the disunity that the billboards and posters could cause the party and so ordered them to be pulled down and it was done. Sanity prevailed and the party went through the three-day conference without any hitch. Credit must go to John Boadu, the former General Secretary of the party who issued those dicta.

The newly elected General Secretary, Lawyer Justin Frimpong Kodua heard of groups being formed by some constituency and regional officers in support of one presidential candidate or the other for the party's presidential primaries, and he too issued a warning to party leaders to desist from that since it could not do the party any good. Sadly, before we could sleep and wake up the following day, we heard of a large crowd in Kumasi in the Ashanti Region going for a walk in support of Mr. Alan Kyerematen who has declared his intention to contest the flagbearership race. How disrespectful, insolent and absurd if not tomfoolery!

Last week, I was watching my black and white TV when I heard Lawyer Nana Obiri Boahen telling an interviewer that he was for Dr. Bawumia and he was also going to organise a walk in support of the Vice President. Initially, I was peeved but on a second thought I said 'oyiwa', go ahead and do it because what is good for the goose is equally good for the gander. The battle line is drawn and those who have chicken heart should go for their supper because the battle will be hotter.

Lawyer Obiri Boahen is no small fish in the NPP. He was once the Brong Ahafo Regional Chairman of the party, a former Deputy Interior Minister at the Presidency in Kufuor's era, a former Deputy General Secretary of the part, an astute lawyer of long standing, a party communicator par excellence among others. If such a person takes sides in any contest, one must watch out. I know what Obiri Boahen can do because I have followed his exploits in politics for a long time. If he hits the road as he promised, the whole environment will be dusty, rough and nasty. And nobody can stop him because the people of the Ashanti Region have set the precedence. But who loses when two elephants fight? Think!

I pity Lawyer JFK, the new General Secretary of the NPP. Before his bottom could get used to the seat, he has come face to face with the problem of uniting the party before the Presidential primaries. Something must be done and done now while we trudge towards breaking the eight. Are level heads listening to this Earth Angel Gabriel? It looks as if the NPP has been hypnotised. Any exorcist to hire? I beg oo! My mouth no bi gun.