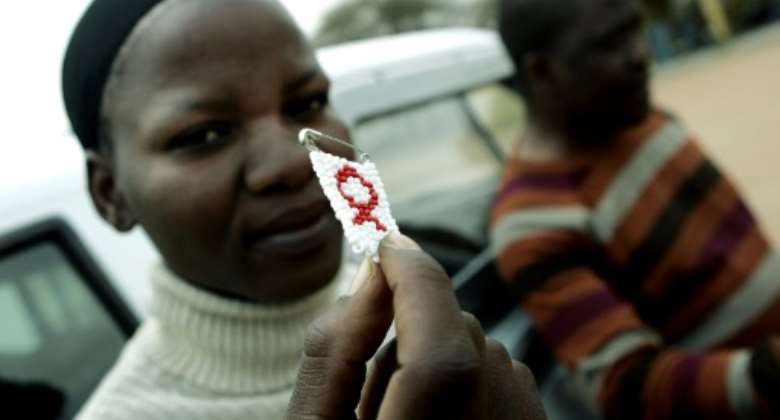 Botswana has become the second nation in the world, after Eswatini, to reach a landmark UN goal towards eradicating AIDS, researchers said Wednesday, in what health experts hailed as "stellar results".

The country has met the so-called "95-95-95" target on HIV diagnosis, treatment and viral suppression several years early, according to a study published ahead of a global conference on the disease.

About one in five people in Botswana live with the virus -- one of the highest rates in the world -- according to the UN AIDS agency (UNAIDS).

But the study led by Botswana's health ministry found the country had already met or surpassed all three thresholds, with a 95-98-98 score. The global average in 2020 was 84-87-90, UNAIDS says.

How HIV attacks. By (AFP)

The country is "well positioned to end its HIV epidemic by 2030. To put it simply, these are really stellar results."

Madisa Mine, the study's lead author and a Botswana government virologist, said the results were encouraging.

"We have translated a hopeless situation into a situation where now there is hope," he said.

Now both the government and people on medication could look forward to Botswana one day becoming an AIDS-free country, Mine added.

That was a far cry from when he started working on the disease two decades ago, and it seemed the nation was "facing extinction" due to the high number of infections.

The paper, which has not yet been peer-reviewed or published in a journal, was based on interviews and blood tests from more than 14,000 people aged 15 to 64.

Another southern African country, the small landlocked kingdom of Eswatini, became the first country to reach the UN target in 2020, UNAIDS says.

UNAIDS deputy executive director Matthew Kavanagh said Botswana's progress was down to a series of factors, including government investment and the rapid adoption of self-testing.

In 2002, Botswana became the first African country to offer free anti-retroviral drugs, which help contain the virus and prevent it from infecting others.

And in 2019 the country of 2.3 million people decriminalised same-sex relationships -- something that Kavanagh said "has helped to get more and more people into care".

Botswana showed it was possible to rein in the disease, IAS president Adeeba Kamarulzaman said.

"It's not an easy feat. But what it shows is, it is doable with investment and political commitment, as well as communities working to deliver the needed services," she told AFP from Montreal ahead of the 24th International AIDS Conference, which opens in the Canadian city on Friday.

Globally, about 38 million people, including almost two million children, were living with HIV in 2020, and more than 600,000 died from AIDS-related illnesses, according to UNAIDS.

Eastern and southern Africa are the worst affected regions, accounting for more than half of all cases.