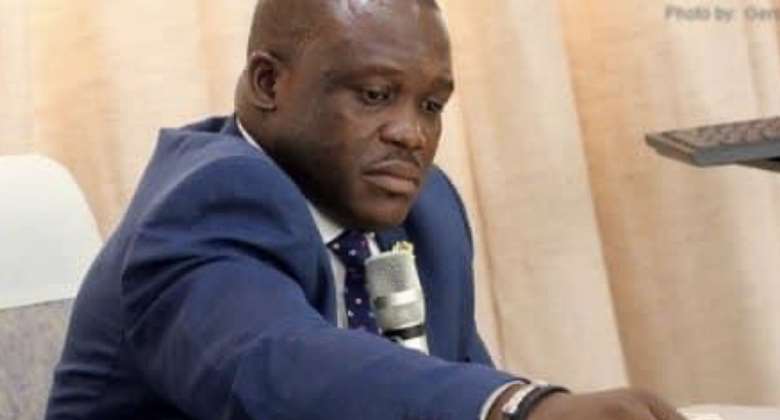 The Member of Parliament (MP) for the Ningo Prampram constituency, Sam Nartey George says it appears the war between Russia and Ukraine has affected Ghana more than the feuding countries.

Russia invaded Ukraine on February 24, 2022, in a major escalation of the Russo-Ukrainian War, which began in 2014. The invasion resulted in Europe's largest refugee crisis since World War II, with over eight million Ukrainians fleeing and a third of the population displaced. The invasion also resulted in worldwide food shortages.

The conflict has since affected the global economy resulting from the frequent hikes in fuel prices which result from a lack of fuel purchases from Russia, the second-largest producer of fuel in the world at the moment.

However, In a tweet on Monday, July 4, 2022, the lawmaker asserted that Ghana’s frequent blame of the economic hardships on the Russia-Ukraine war has made it seem like the war is being fought here in Ghana.

“Seems to me that the Russia-Ukraine war is being fought somewhere in Ghana. We appear to be more affected than Russia and Ukraine combined,” his tweet reads.

Hottest Photo Reports
Catch up with all the political quotes from our politicians.
Advertise here
More from Politics
ModernGhana Links
GHS2.3bn approved for Free SHS; so why are schools still suffering? – Apaak to Akufo-Addo
Electricity tariffs will go up by 34% and not 27.1% – Bongo MP
I will be in utter shock if Speaker Bagbin pardons Adwoa Safo — Ras Mubarak
TOP STORIES