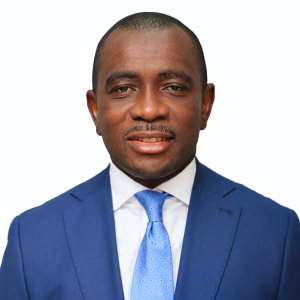 The Member of Parliament for Akim Swedru, Kennedy Nyarko Osei, is demanding reintroduction of the collection of road tolls in the country.

According to him, the scrapping of road tolls is denying government of revenue.

He said the toll booths should be reinstated with an efficient electronic-pass system to address congestion on some parts of the country’s roads.

“I will only support the Government for the re-introduction or opening of the Toll Booths if the issues are considered. The re-opening or introduction of the toll booths should not generate anything less than five times of what it used to generates. This at least can help build more roads and repair the damaged ones,” Hon Kennedy Osei Nyarko wrote on his official Facebook page.

He added, "If all the thirty eight (38) toll booths across the country will be automated with minimal or no human interventions.

“If vehicle owners will be ready to pay for the realistic fees based on the average fees charged in the continent.

He, however, noted that the prevailing hardship in the country was not a peculiar situation, citing the 2022 inflation rates of the US, Germany, and the UK.

The lawmaker averred that despite the challenges, the country was growing with good prospects.

On November 18, 2021, the Roads Ministry closed all toll booths across the country following an announcement by the Minister of Finance during the 2022 budget presentation to the effect that toll collection would no longer exist.

Meanwhile, government is targeting to achieve a fiscal deficit of 7.4 per cent to Gross Domestic Product (GDP) in 2022, as against the projected 12.1 per cent for 2021, in a bid to salvage the economy.

Government to evacuate 331 stranded Ghanaians in Dubai, UAE
16 minutes ago