Ghanacard bearer's telephone number should be featured on the cards 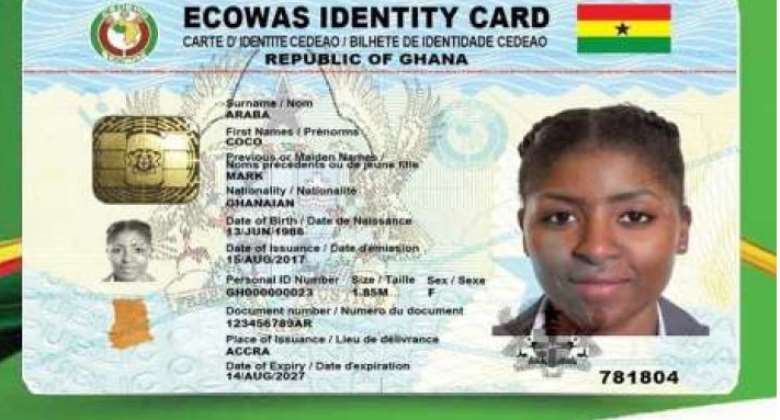 This evening I decided to have a quiet walk in my neighbourhood, to distract myself from the many things I have on my plate. I couldn't help but overhear a young man on a phone call(on loudspeaker). He was speaking to a certain Mustapha Hadji whom I deduced to be a politician as the gentleman kept repeating the title honorable before mentioning the name.

Obviously, the young man has misplaced his "Ghana card" and was lamenting about how difficult the process of replacement is. I empathized with him so much because I have been in the same position before.

The National Identity Register Act, 2008 (Act 750) was also passed to give authorization for collection of personal and biometric data and to ensure the protection of privacy and personal information of applicants.

However, Act 950 was passed in 2017, to amend the National Identity Register Act, 2008 (Act 750), to make further provisions for the mode of application for identity cards, provide for the conditions and requirements for registration, prescribe information to be supplied by persons to.

Germany, Belgium, Denmark, and Egypt are among the many countries with functioning National ID's. Estonia is in a league of its own as it is considered to have one of the best National ID in the world. It is therefore a commendable effort for Ghana to have made such a move as it comes with its benefits.The Ghanacard is slowly becoming one of the most important and sensitive IDs to own as a Ghanaian or non-Ghanaian resident.

Ghana is as ambitious as other developing African nations in the digitalization agenda. The blueprint is becoming a cashless economy with Sweden, China and U.K. being some of our benchmarks.

The Electronic Transfer Levy Act, 2022 (Act 1075) for the imposition of an electronic transfer levy (E-levy) on electronic transfers, projected by the government of the day as the magic wand, the game changer, to give Ghana a giant leap into major growth hinges so much on the Ghanacard.

Banks and Telcos have even made it mandatory for subscribers and customers to connect and update their data with the Ghanacard or risk being barred from receiving services.

The essence of the Ghanacard needs no more articulation, does it? It is also common knowledge that a lot of public institutions are very bureaucratic in their functions.

The NIA is not an exception, I think. I admit some effort has been made to make the application process for the Ghanacard less cumbersome but it is still a tall order. Replacing a missing card is a herculean task.

As mentioned earlier the National Identity Act 2008 (Act 750) was amended with the passing of Act 950 in 2017. After perusing both,the changes I noticed include the addition of electronic mail and telephone number as part of the personal information requirements in the contents of the register.

I have walked into the bank severally to see misplaced cards being displayed at the front desk. Some have been there for ages but even with the names boldly written, the owners have not been contacted. Don't you agree a number on the card may have been useful in returning it to the owners?

It has become mandatory also for functional sim cards to be connected to the Ghanacard by owners. SIM cards that do not meet this criterion may become useless. As the Ghanacard has become invaluable and sensitive to our lives as Ghanaians, I am appealing to the NIA to consider making the telephone number of card owners a feature of new Ghanacards it issues in the near future. If it requires legal backing, I think it will be a good move to make.

I am sure the issue of privacy may come up as a major concern but we may all agree that the first and most important content in filling most personal information forms is our names. If our names can be displayed on the cards boldly, why shouldn't our telephone numbers be put on cards? ( both the citizens and non-citizens Ghana cards).

Issuing new cards comes with extra costs to be absorbed by the government and the applicants. Why don't we save ourselves these costs and the frustration? May God bless our homeland Ghana.

Latest Photo Reports
Catch up with all the political quotes from our politicians.
Advertise here
More from Opinion
ModernGhana Links
Dishonesty: A new core subject in many Ghanaian schools
Are Ghanaians also gullible?
The Emerging Roles Of MoE’s Agencies
TOP STORIES