VIDEO: Wontumi organises dinner for new executives, tasks them to 'break the 8' 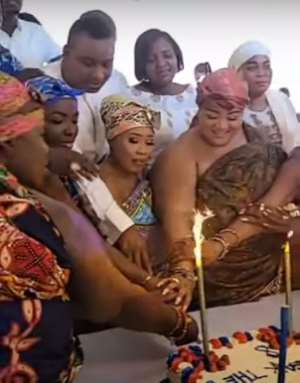 Ashanti Regional Chairman for the New Patriotic Party (NPP), Bernard Antwi Boasiako has expressed gratitude to those who worked tirelessly to get him re-elected.

He disclosed this when he met all the party executives in the region today at Rotary Park in Kumasi where a small dinner took place.

Popularly known as Chairman Wontumi, he thanked the entire leadership and supporters of the NPP in the Ashanti Region for the decisive re-election.

“I wish to express my heartfelt appreciation to the leadership and supporters of the NPP for their unflinching support and votes in the recent elections. I believe if we are united, we will break the 8,” he said.

Chairman Wontumi expressed appreciation to the leadership and supporters of the New Patriotic Party (NPP) for another opportunity to lead the Ashanti Region ahead of the “Breaking the 8” agenda.

He said the NPP has a strong message for Ghanaians, but before that could be translated into governance, the party must be united and ready to 'break the 8.'

“We should demonstrate this by standing together and being united so that we can ‘Break the 8’ in 2024.

“We may have our differences, but we need to work together since a lot is expected from us as a formidable political party,” he admonished.

He noted that NPP believes in healthy competition, and they will give their closest contenders that in 2024.

According to him, that is the only way the target can be achieved.

Chairman Wontumi was emphatic on the fact that it is by getting everyone onboard that the 'breaking the 8' agenda would be a reality.

“Internal elections bring their own issues. There are oftentimes, acrimonious exchanges amongst aspirants and their supporters. If these are not addressed after internal elections, the unity we so desire to win the next elections would elude us,” he emphasised.