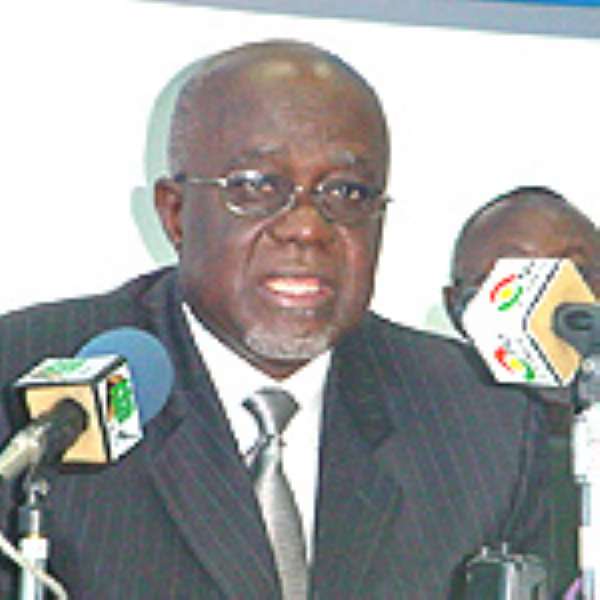 A dangerous trend is developing among the ranks of senior NPP government officials in Ghana which needs close monitoring. In November the NPP Parliamnentary Leader, Owusu Agyepong, M.P for Akim Swedru issued a blistering attack on Professor Asare, known to Ghanaians in the Diaspora as "Kwaku Azaa". It will be recalled that Professor Asare, a U.S resident, had filed a complaint with the Commission for Human Rights and Administrative Justice in Ghana asking for an investigation into the circumstances surrounding the granting of Car Loans amounting to Twenty Thousand U.S Dollars to each Member of Parliament. Majority of Ghanaians both at home and abroad had complained about the manner in which the "loans " were granted to the Members of Parliament who prefer to be addressed as "Honorable".

There was nothing "honorable" about the Car Loans. To all intents and purposes, the MPs took the "loans" when they knew perfectly well that they had no capacity, not talking about intentions, to repay them. At the time they took the monies, their total salaries running up to the end of their mandate in December 2004 amounted to Seventy-Three Million Cedis. And the Cedi value of the Twenty Thousand Dollars they took at the time amounted to Four Hundred and Twenty Million Cedis. They knew that they were just ripping the nation off, taking huge welfare cheques under the disguise of "loans". The total amount dispensed to the 200 "honorable" members at the time amounted to Four Million U.S Dollars (84 Billion Cedis at the then prevailing rate).

It was this shameless rape on the National Treasury that prompted Professor Asare, as a concerned Ghanaian, to call for an investigation at the CHRAJ. The Commission ruled that after thorough investigation it had concluded that the "honorable" MPs needed to refund the monies. The ruling came down in May 2003 but as at February 2004, nothing had been done to pay back the loans. When the issue was raised the government came out with a statement that it had ordered a suspension of the repayment of the loans as far back as October 2003 pending a review of the conditions of service for the "honorables". It was becoming clear that the MPs, backed by the government were determined NOT to pay back the monies. Faced with this prospect, Professor Asare filed another complaint with the CHRAJ asking it to use its constitutional powers of enforcement to implement its earlier decision to retrieve the loans.

Instead of coming clear to explain to Ghanaians why they did not want to pay back the "loans", the NPP parliament Leader Owusu Agyepong launched a blistering attack on Professor Asare accusing him of being envious of the Ghanaian Members of Parliament. He went further to accuse him as "one of those Ghanaians who are sitting in the comfort of their homes overseas contributing nothing to the Ghanaian economy and having the nerve the criticize what is going on in Ghana". This was very shocking coming against the background that the President of Ghana, His Excellency John Agyekum himself has repeatedly proclaimed over the past four years that Ghanaians abroad are the "largest development partner of the government" and being "the third largest source of foreign exchange earnings of the country after cocoa and minerals". Owusu's Agyepong's attack on those "Ghanaians sitting in the comfort of their homes abroad" was a warning to all overseas-resident Ghanaians to shut up. Despite calls for his retraction of this loose talk, Owusu Agyepong has kept mute and has been re-appointed to the same position after the December elections.

Another shocking bombshell was thrown on Wednesday January 26, 2005 by former Interior Minister and Works and Housing Minister-Designate, Hackman Owusu Agyeman, MP for New Juabeng North who once served as Foreign Minister. At the Parliamentary Vetting Session of Minister Designate for Information, Dan Botwe, Mr. Hackman asked him to explore the possibility of preventing the Ghana Home Page Internet Site, Ghanaweb from using the name "Ghana". His infantile reasoning was that the name "Ghana" in the Ghanaweb name is misleading and might be construed by people as the official website of the Ghana government. This outburst by Hackman is laughable. It shows his (and other like-minded government officials) total ignorance of the information highway in the modern era.

But the underpinnings of this outburst reveal a very dangerous mind-set of the government as far as free speech and information dissemination is concerned. It should also be recalled that Foreign Minister Nana Akufo Addo had also raged once against Ghanaweb in New York in 2003 describing it as "an enemy' of the NPP government. Much as we know that more than half of the Ministers in the NPP government are computer illiterates, we nevertheless do not find this trend in their attacks on free speech and communications funny. The Ghana government has every available opportunity and the resources to build and develop a pro-active website to disseminate its information and programs. They have failed to do that in four years. A visit to the government's official website sometime shows news that have not been updated for months.

We wish to remind the Owusu Agyepongs, the Akufo Addos, the Hackmans and other like-minded people that the name Ghana is nobody's pre-rogative. What about all the grocery, clothing stores and businesses owned by Ghanaians all over the world with the name Ghana attached to them? "Ghana Vegetable Markets" in London, New York, Amsterdam, "Ghana Chop Bar" in New York. Will people be misled into believing that these are Ghanaian government's official "Chop Bars" and Grocery Stores? Oh and what about Ghanaian community Associations around the world that have "Ghana" in their names: "Ghana Union (Toronto), Ghana Friendship Association (Edmonton), Ghana House (Montreal). Can that be misconstrued as the official Ghana government residence?

And your versatile community newspaper "The Ghanaian News". Do we need Hackman and Dan Botwe's permission to use the word "Ghanaian"?. Just a little leson 101 in computers and internet for Hackman and his cohorts. Next time you see an internet site with the prefix ".com", please know that it is a private or commercial domain.

The Information Minister Designate, Dan Botwe sheepishly promised to investigate the legal implications of "Ghana" in Ghanaweb. Come on Dan, you wont get very far. The information highway has no policemen and patrol officers. But above all we want to remind the government that any attack on free speech and information dissemination will be fiercely resisted and they will never win. Ghanaweb has done Ghana's image abroad a lot of good. It is the only source of up-t-the minute information for Ghanaians abroad. The government should better concentrate on pulling all the necessary resources to improve its own website and information dissemination machinery. Launching infantile attacks on good sources of information and private businesses does the government no good. It rather exposes these top government officials to ridicule for their computer illiteracy and ignorance.