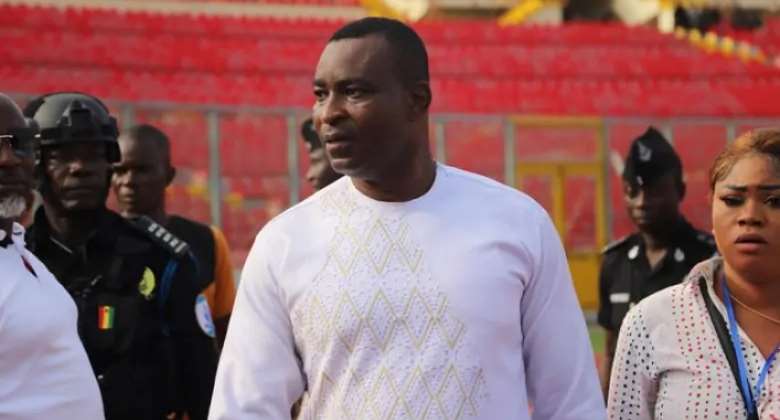 The long-awaited and much-anticipated Ashanti Regional chairmanship contest in the Osono fraternity finally came off last Saturday. As was expected, there was a lot of tension and drama, but peace reigned supreme in the end. The outcome reminded me of Sir John’s ‘fear delegates’ comment. Indeed, all have finally seen their ‘smoothness level’.

Without a doubt, Chairman Wontumi is one of the most vilified candidates in the Osono fraternal polls. He was so denigrated and defamed that all thought his defeat was a foregone conclusion. The man was equated to the devil himself on both traditional and social media.

Yours truly frantically searched on various social media platforms with the aim of finding few pro-Wontumi comments to counter the vicious attacks from his opponents. I was shocked to find none. But for my decades of experience in such matters, I would have added my voice to the chorus, “Wontumi’s end has come.”

Experience has taught me that the loudest on radio and social media is not necessarily the most formidable on the ground. This observation is even more valid when it is an internal constituency or regional election.

No one can deny the fact that Chairman Odeneho put up a spirited challenge against Chairman Wontumi. Odeneho certainly has his strengths, but he and his campaign team failed woefully to project those strengths. They relied heavily on social media and concentrated on denigrating and maligning Chairman Wontumi, which backfired.

Yes, Wontumi is not an angel so will definitely have his faults. Indeed, his abrasive style has attracted a lot of enemies for him. But the allusions and aspersions against him were so vulgar that any intelligent person would be tempted to wonder if it was not a case of giving the dog a bad name in order to hang it.

Zu-za’s hatred for Chairman Wontumi and open support for Chairman Odeneho also worked against the latter. It is trite knowledge that whenever those under the Umbrella are vociferous in their denigration of someone in the Elephant family, then that person is certainly a thorn in their flesh. So, delegates who truly loved the Elephant couldn’t afford to vote for a man who might make things easier for their opponents.

Trust me when I tell you this same factor will work against Alan Kwadwo Kyerematen in the Osono flagbearership contest. Zu-za’s vile propaganda against Dr. Mahamudu Bawumia and their open love for Alan will be the deciding factor for some delegates. For sure, no true Kukrudite will vote for a man so loved by their opponents. (Sorry for the digression.)

Abusuapanin, what many failed to realise is that Chairman Wontumi is a great tactician. He planned and executed his strategy to perfection. He knew that most of the folks on social media did not have a vote, so he decided to ignore all the name-calling and character assassination. He humbly told the delegates he was human and was bound to make mistakes. He thus appealed to them to forgive his shortcomings and look at the greater good of the party. He called it 'submarine campaign'. The delegates listened to his plea and voted massively for him.

I am particularly excited that Wontumi had managed to weather the heavy storm in the Ashanti Region. I believe the Elephant still needs someone with his traits to face Zu-za, who are notoriously known for their penchant for violence. For the lion's den cannot become the playground for other animals.

Yes, it was a very acrimonious fight. For the sake of the Elephant, let the trolling, shading and name-calling cease now. Wontumi must be humble in victory, and Odeneho must reciprocate by being gracious in defeat. Unity should be the goal as the Elephant prepares for a greater battle in 2024.