Why oblige me to be a citizen while you remain a spectator, oh ye NDC guy? 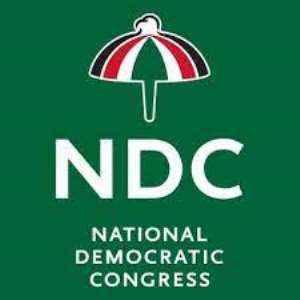 After three days of cogitation about an incident that took place in a public space, making myself and an NDC activist cynosure of all eyes, I have decided to publish my views about it to create public awareness about how some Ghanaians have chosen to remain uncivilized, even when living in the civilized white man’s land.

This fellow Ghanaian in question, not necessarily my workmate or work colleague, although we work for different companies and do different jobs in the same building, approached me on Tuesday, 25 May 2022, in a public space. He greeted me. I politely acknowledged his salutation. He then asked, how is it going? I responded everything is fine.

He further asked, how is it going in Ghana, thus, how is your government doing? I responded the government is trying her best to manage the country.

He said, your president is cocking up big time; conditions of living are bad in Ghana. Things have gotten out of his hands. Why don’t you say the truth and write about your government’s failures, as though the NPP government is for only Rockson Adofo and his Ashanti tribesmen but not him and his minority tribesmen in Ghana.

I don’t want to stereotype certain tribes for the ignorance, tribalism and hatred by a few of them towards a particular tribesmen in Ghana for all stupid reasons bordering on enviousness and inferiority complexes. However, their behaviours and pronouncements make me doubt them as rational human beings.

As if I owe him something, he shouted at me saying, “You are a hypocrite! You people are “aman mofo3”, to wit, you people are nation wreckers. I can report you to be arrested. You have always been writing about the previous Mahama-led NDC administration about what you said to be their incompetence, cluelessness, thieveries and mismanagement of the country and the economy”. Why don’t you publish same about your president and government, now that prices of everything is over the roof without him having solutions to the problems while Ghanaians are suffering?”, he said.

I asked him, are the current hikes in prices of goods not a worldwide phenomenon? Don’t you know that the Covid-19 pandemic and the ongoing Russia/Ukraine war are greater contributors to the skyrocketing prices of goods that we are experiencing throughout the world at the moment? Have prices of foodstuff and essential commodities and petroleum products not gone up in the United Kingdom here that we live and in America and Europe, I queried?

Have the prices not gone up because of the pandemic and the war? Is it not on the news and in the newspapers here in Britain? Why should it be any different in Ghana, I asked? Why can’t Ghanaians be realistic to tell the truth but for our political affiliations and aspirations we love to throw dust into people’s eyes all the time, I asked?

The more I asked tangible questions, the louder he screamed as if he has gone mental!

He was all the while insisting that I am a hypocrite and people of my type are “aman mofo”.

Here is where I have a problem with those people who have identified themselves as NDC fanatics and are usually, or unfortunately principally, of the minority tribes. I will explain why in a moment.

I walked away from him but not after stating to him that he is a big fool and that it is not worthy of me to argue with a fool since a fool will always remain a fool, sticking to what they believe in without seeing sense in anything other than what they believe in their warped mind to be the sole truth, although, as erroneous as it could be.

Why was the NDC guy, the subject of this publication, forcing me to publish his suspected negative views about the president and his NPP government because I have to obligatorily be a citizen but not a spectator?

Has not got two hands, two eyes, two ears, a mouth, two legs and grey matter in his oblong head same as Rockson Adofo, the proud and fearless and no-nonsense son of Kumawu/Asiampa soil has?

If I don’t see things same as he sees them from his opaque mental lenses, why can’t he publish how he sees them himself but forcing me to?

Again, as foolish as he is, he was threatening me with arrest for publishing my candid views about Mahama and his incompetent NDC government. That is the height of expressed stupidity by a highly uncivilized Ghanaian living in the UK.

Rockson Adofo should be the last person for anyone to threaten with arrest, especially, here in Europe, for publishing his candid opinions about Ghana politics. A fool who does not know their rights and how the laws operate and are applied in the civilized white man’s land will embark on such boastful but empty threats.

I laughed and warned him to be mindful of his words and actions before I land him in hot waters where he could only get out extremely bruised.

Two weeks to this reported incident, another man who lives in the same London borough as me, struck up a conversation with me when we were both walking the same direction towards our homes; returning from work of course. He asked about how things are going in Ghana.

I told him prices of goods are getting higher similarly as they are getting the world over and that the president is doing his best. He said, no. The mismanagement by your government, not his, referring to me for being an Ashanti without even me stating to him which political party I belong to, is the cause of the economic problems in Ghana.

I asked him if prices of petrol, essential commodities, taxes, etc. have not gone up here in the United Kingdom? He answered yes, they have gone up but here, it is manageable because people have got jobs and those without jobs are given financial assistance, thus, benefits, by the government, to make them able to cope with the situation.

The question is, have prices of goods gone up, yes or no? Are the current worldwide hikes in prices of goods not caused by the Covid-19 pandemic and the ongoing Russia/Ukraine war?

Whether there are benefits or jobs in other countries but not in Ghana, does it negate the fact that prices of commodities have gone up in both the advanced and developing countries without Ghana being the exemption?

He said, why can't the government in Ghana create jobs for the people and that her failure to create jobs has led to the rising cost of living in the country hence the mismanagement of the economy? I answered him by saying that jobs he says to abound in the UK and the developed nations are not created principally by the government but private individuals.

Why can’t these NDC guys for once be truthful and think as rational human beings but always allowing their political aspirations and desires to regain power cloud their mental faculties to behave themselves so foolishly, when it comes to normal discussions about how best Ghana can develop?

These two guys under discussion are sorry to say, from the minority tribal extractions. What is wrong with them? Can’t they reason as Ghanaians to put a stop to their tribal sentiment which is injurious to the development of the nation?

Political polarisation and entrenchment of unhealthy partisanship are retarding the progress of Ghana. They are the causes of lies, exaggerations and the ramifying “pull him down” syndrome affecting many political sycophants in the country to end up militating against the advancement of Ghanaians to give bad name to black people in general.

We had better grow up as a nation of people with a common destiny. Don’t let politics divide us just because of the parochial interests of the corrupt and insatiably greedy politicians who have no shame and know nothing apart from amassing illegal wealth.