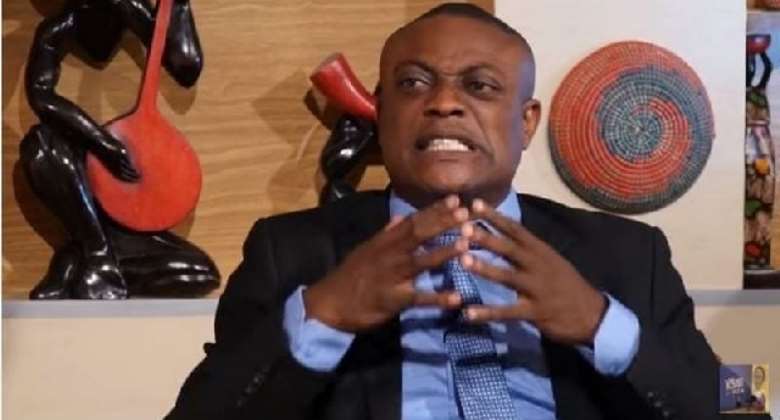 Legal practitioner Maurice Ampaw has called for the enactment of a law to deal with unexplained wealth in the country.

According to him, the promulgation of such a law will help to deal with the acquisition of unexplained wealth.

“Acquiring wealth is the order of the day and fast becoming the norm under this democratic dispensation,” Mr Ampaw said, noting that it has compounded the corruption situation in Ghana.

He said the fight against corruption will come to nought if there are no laws to deal with unexplained wealth.

Mr Ampaw added that the much-talked-about Office of the Special Prosecutor is also helpless in dealing with the situation of unexplained wealth even though it has the mandate to do so.

He cited the situation where people in opposition who lived modestly became opulent overnight the moment their party gained power.

Speaking on Accra-based Okay FM, Mr Ampaw said: “If there is a law like that, the likes of Mr Gabby Asare Otchere-Darko, Sammi Awuku, Nana B, Asenso Boakye, and Eugene Arhin, among others, will have to explain to Ghanaians how they suddenly got their wealth”.

“Mr Sammi Awuku, in opposition, had the mantra ‘Boys Abre’ but all of a sudden, he is the one sharing goodies. Mr Otchere-Darko, in opposition, had his Danquah Institute. Even though he is a lawyer, we know his wealth today: he has Asaase Radio among other companies. If the law is promulgated, it will deal with these situations, not in politics alone,” he stated.

He noted that lawyers condemned some of these acts under John Dramani Mahama’s presidency when “the likes of Samuel Okudzeto Ablakwa and Felix Ofosu Kwakye among others were splashing wealth all over.”

“These were people who had not worked anywhere yet they are termed millionaires by virtue of the fact that they held an affiliation to a party in government.”

He maintained that a personality like Bernard Antwi-Boasiako also known as Chairman Wontumi, before venturing into politics, was wealthy and politics only made him popular but these days, people who are nobodies come into politics and within the blink of an eye, become wealthy and society hails them.